Everyone Gets Lei’d at Firkfest

Walking into Firkfest this year everyone got lei’d… with colorful flower lei’s that kicked-off the tiki beer event to a fun beginning. I always really enjoy Firkfest, partially because I know a lot of the attendees but it’s such a unique experience because all the beers are one-offs that you will never be able to experience again because they are cask beers (and normally including additives of fruits or spices not typical to general styles). Greg Nagel always puts on a well-organized and thoughtful event, and this year was no exception. The beer list was meticulous and exciting and I had a great time trying everything surrounded by good people. 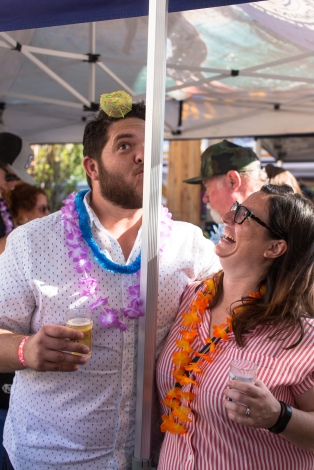 Speaking of the beers, here are some of my favorites: The Good Beer Co‘s Horchatorita, Tustin Brewing Co.‘s Greg’s Dole Hole, The Bruery Terreux’s Frucht:POG, Bottle Logic‘s Livin’ in the Limelight, and LA Ale Works‘ Bluume. The Good Beer Co’s Horchatorita was one of the most memorable because it was delightfully sour, but not too sour. It had good mouthfeel and the carbonation was there, but thanks to the lactose it wasn’t overpowering. In a sea of fruited and spiced beers, thank god for this citrusy sour beer because it woke my pallet up from the dead. Tustin Brewing Co.’s Greg’s Dole Hole had not only a hilarious name, but it was the most nostalgia-inducing flavors that closely matched a 50/50 ice cream bar or those dole whip’s you get at Disneyland. I’d go back for seconds, or fifth’s. The Bruery Terreux’s Frucht:POG is exactly what I expected when I saw “POG” a tropical fruit-bomb with wild yeast flavors. It was one of those beers you would give to both a beer noob and beer geek and both would like it. Bottle Logic’s Livin’ in the Limelight had a lime punch but the real accomplishment was the subtle tastes coming from the coconut and Madagascar vanilla beans. It has some of the best coconut flavor of the day because it wasn’t too much and it tasted fresh. I saved the craziest for last, the LA Ale Works’ Bluume, which consisted of a passion fruit Berliner Weisse with coconut whipped topping. I thought it was delicious, and the whipped topping was so different and crazy, I loved it until I tried to clean out my glass. It was really hard to get those residual oils off my glass so I am glad I saved that one till the end. No regrets though, it was super tasty!

Overall, I love this event, it’s super fun and it gets better each year. I can’t wait to attend next year, and I hope they keep the tiki theme going! It was great to see everyone rocking floral shits, coconut bras, and straw hats. Cheers! 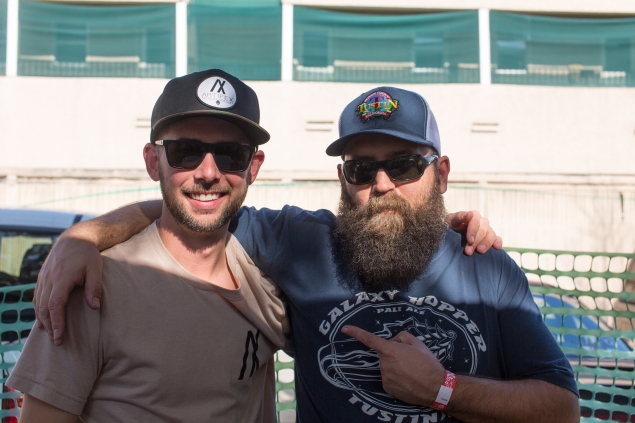 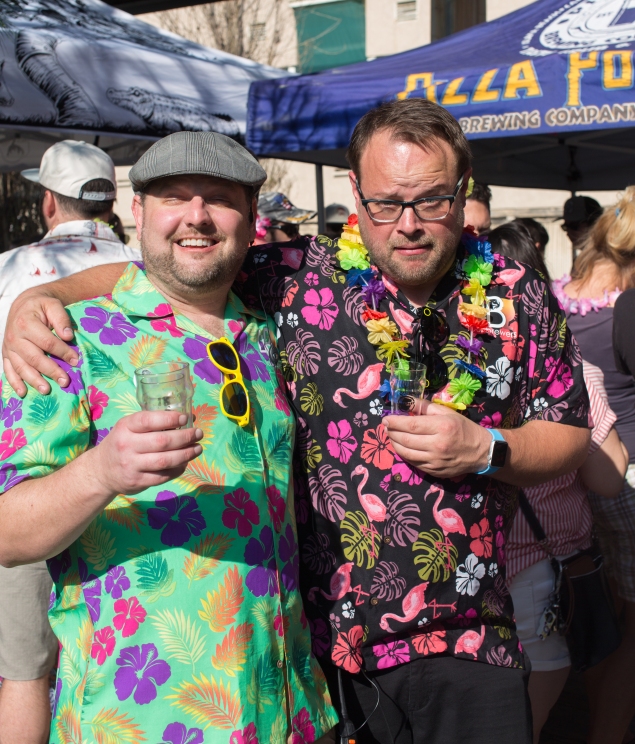 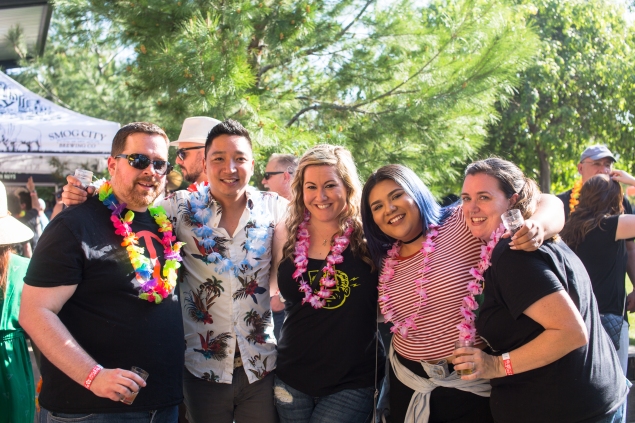