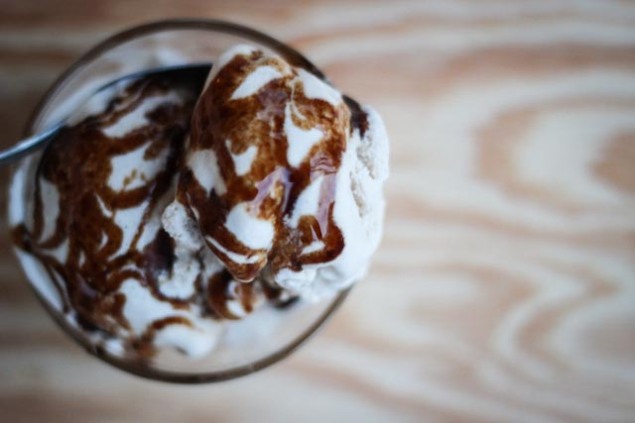 Homemade ice cream is the best. I made some vanilla bean ice cream before and it was a huge hit, so I have been itching to do it again. We had a party over at my house and afterward I discovered a half-full, flat re-capped Ballast Point Sea Monster in the fridge that wasn’t really good for drinking anymore. I thought: It’s perfect for a syrup! 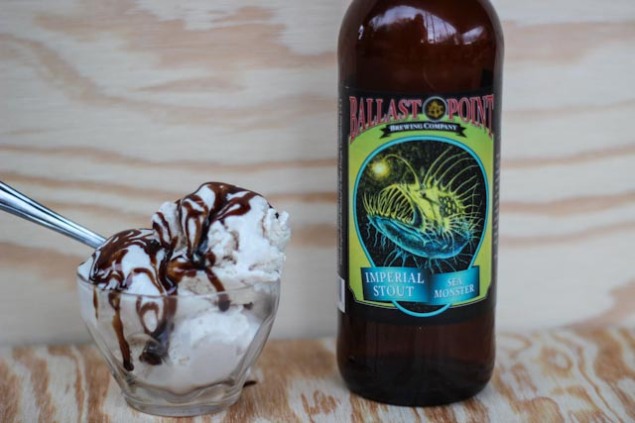 I put 1 cup of flat Sea Monster in a skillet and added a 1/2 cup of sugar and cooked on low until the mixture has shrunk by half and coated the back of my wooden spoon. I let the syrup cool on the counter and once it was room temp, I put it in the fridge.

1. Using a large pot, pour all the milk in the pool. Cut the vanilla beans length-wise and scrape all the vanilla beans out. Put the inside of the beans and the used husk in the milk. Cook until almost at a bowl on medium or until 170 degrees.

2. Turn off the heat and let the milk cool to room temp. Strain the vanilla beans and milk through a fine strainer into an airtight container to sit in the fridge overnight.

3. Put milk mix into an ice cream maker and fill only about half-way since it will double in size. Add about half your cooled beer syrup during the ice cream making process and reserve the second half for topping.

4. Once the mixture is similar to soft serve, put in an airtight container and allow to freeze in the freezer for at least an hour before serving.

The vanilla bean flavor is there but not overpowering. You can really taste the beer! This was fantastic, I would totally make this again. It has a wonderful complexity to it, and it’s not overly sweet by any measure. 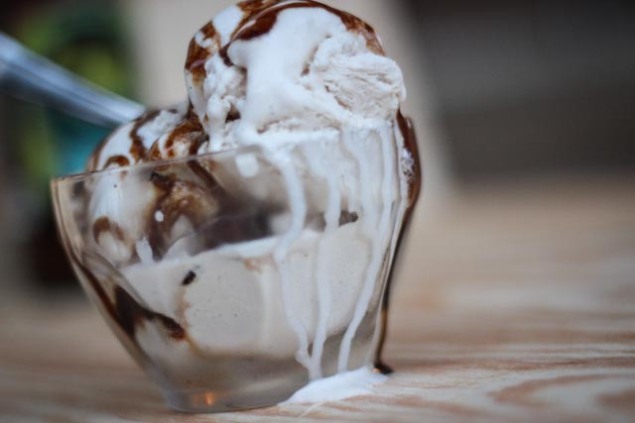 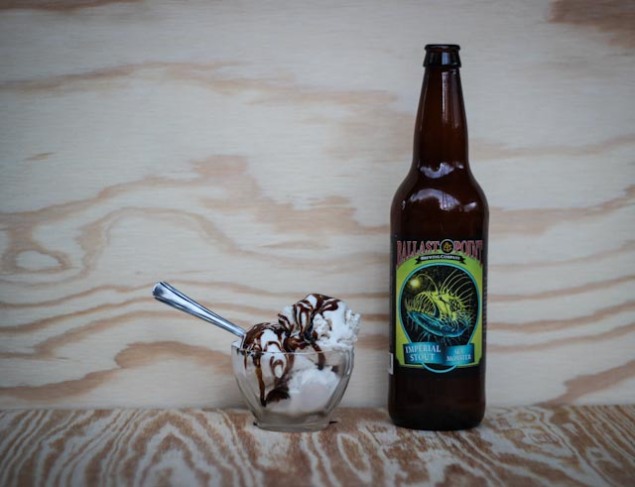 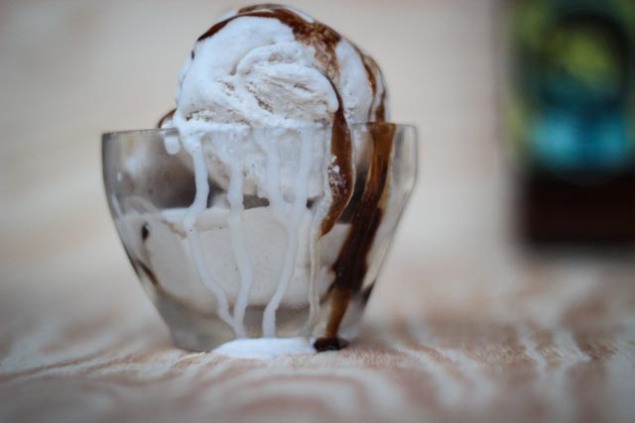 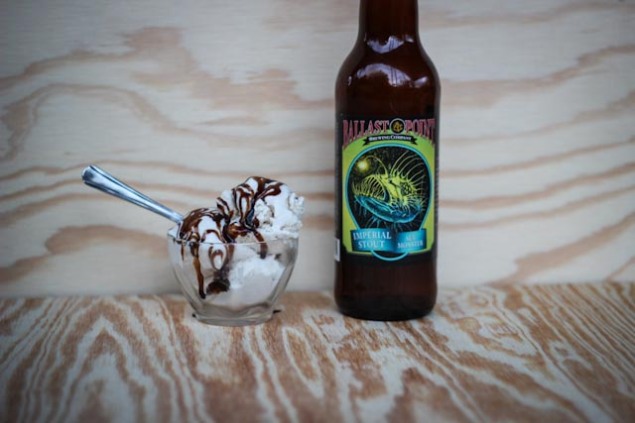