It’s no secret that I love beer. I love beer so much that I will go to Brussels to get the great white whale known as Cantillon, and I will let you in on a secret, it was worth the trip. Sure, if you have beer-connections you probably have had a scant tasting of Cantillon before but it’s so fleeting and the tease is almost unbearable. Why must we suffer so much in California while the Belgian get to swim in their funky-tart-sparkly goodness? Ok fine, I am not really complaining because we certainly aren’t suffering from a shortage of amazing beer here in So Cal but I still would love to have the constant access the local enjoy. Although, I am sure if it was widely available it wouldn’t carry the same special glow it does now. Grass is always greener argument aside, it was the brewery visit of a lifetime. 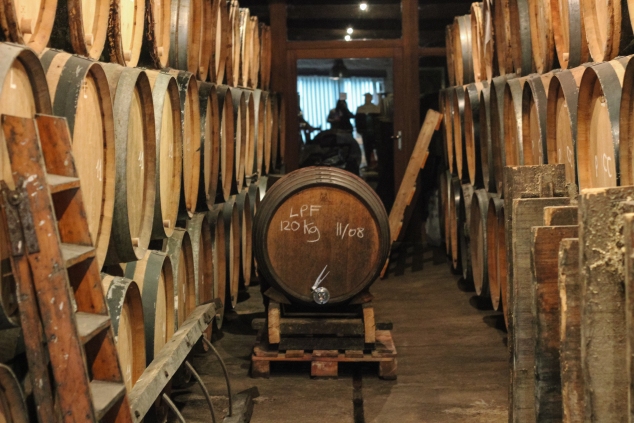 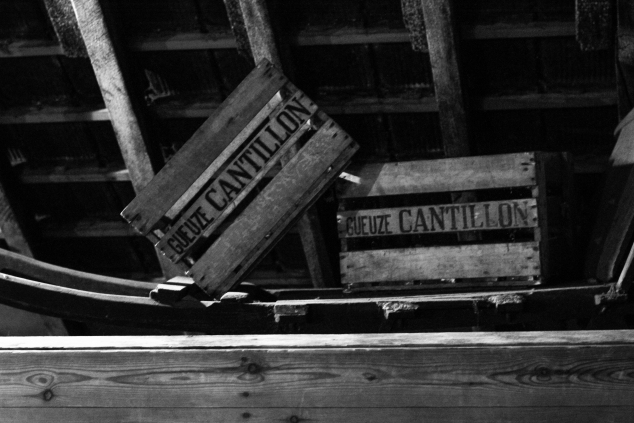 We traveled by train from London to Brussels and got in line to get a taxi to our hotel. It was already 4pm when we got there so the brewery tour wasn’t happening since they close at 5pm and we just wanted to de-stress in out hotel room and re-group on our plan for dinner. After waiting for at least 15 minutes for a taxi, we finally were first in line and we started to have our bags shoved in the trunk. Since we had 2 main bags and two carry-on’s (full of wedding stuff) it was difficult for the taxi driver to fit it in the trunk. I kept softly suggesting he put a bag in the backseat with me until he turned and rudely yelled at me that “they normally can’t do that.” Geez, welcome to Brussels. We ended-up having to put a bag in the back with me and take the short 15 minute drive to our hotel the ibis Styles Brussels Centre Stéphanie (then was called the Business Suites Louise). I think the taxi driver felt bad for yelling at me because he gently asked Sean if it was our first time in Brussels while unloading our bags. Checking-in was pretty painless and the hotel was really modern and nice. It was just a few minutes from the Louise shopping center and about a 15-20 minute walk to Moeder Lambic. 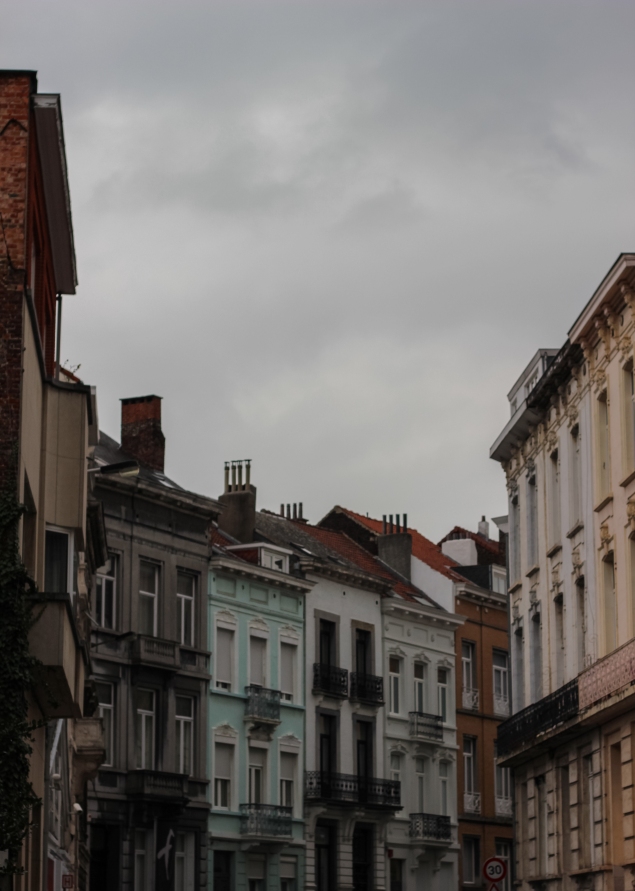 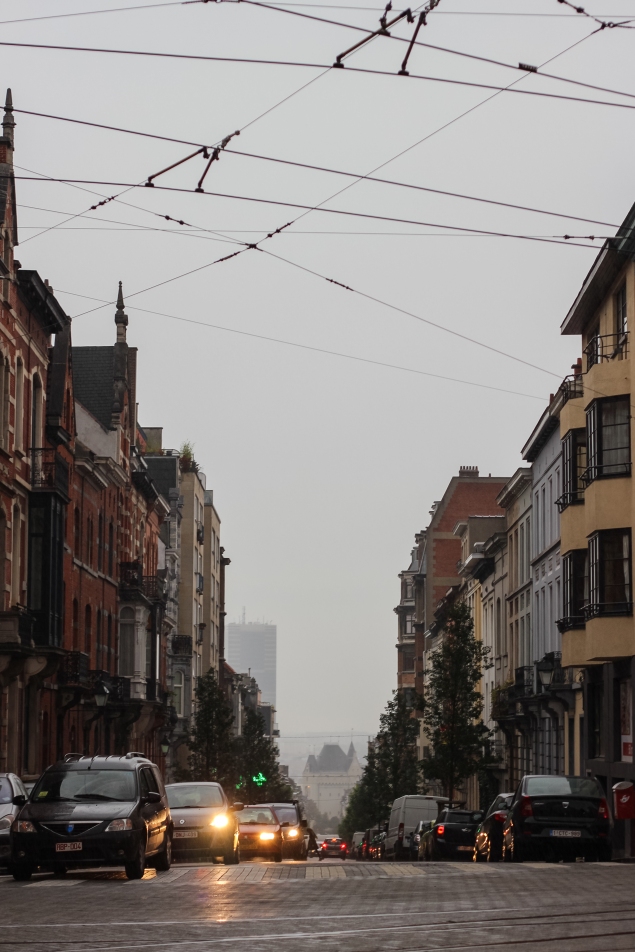 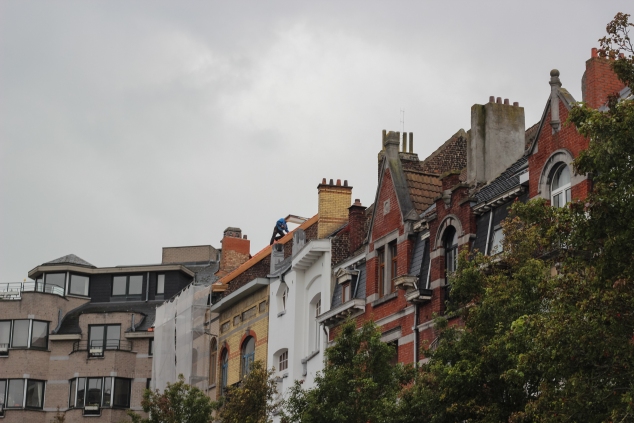 We dumped our bags and walked to Moeder Lambic for a few beers and hopefully some food. After consulting yelp, trip adviser and google it was widely considered the best beer bar in the surrounding areas and we didn’t have to get a taxi so that means more beer money. The walk was nice, little rainy but nothing to complain about, and it gave me a chance to snap some photos. We reached the bar and snatched-up a table and ordered some beers and logged-in to the wifi and settled in. Bonus: the servers were pleasant and spoke English! We drank the XX Bitter by Brouwerij De Ranke, Kriek 100% Lambic by Brasserie Cantillon, Band Of Brothers De La Senne by Brasserie de la Senne and Adelardus Tripel by Brouwerij Kerkom. Needless to say, they were all amazing. I ordered the Lambic by Cantillon because I wanted a Cantillon right away and it was fruity and tart and Sean had the XX Bitter which had a nice bitterness to it. He also got the Band of Brothers on cask and loved it and I had the delicious tripel Adelardus. I have a soft spot for tripels and this was yeasty, light and packed with flavor. We did get some of their house-made cheese that is a soft cheese mixed with beer into a really soft spreading texture. It came with hearty bread and roasted barley for crunch. It was so good but after not really eating all day we needed more food to match the amount of beers so we headed to the next little place we could find some more substantial food. We ate pasta and drifted off to sleep with dreams of Cantillon bottles and yeast plum fairies, excited for tomorrow. 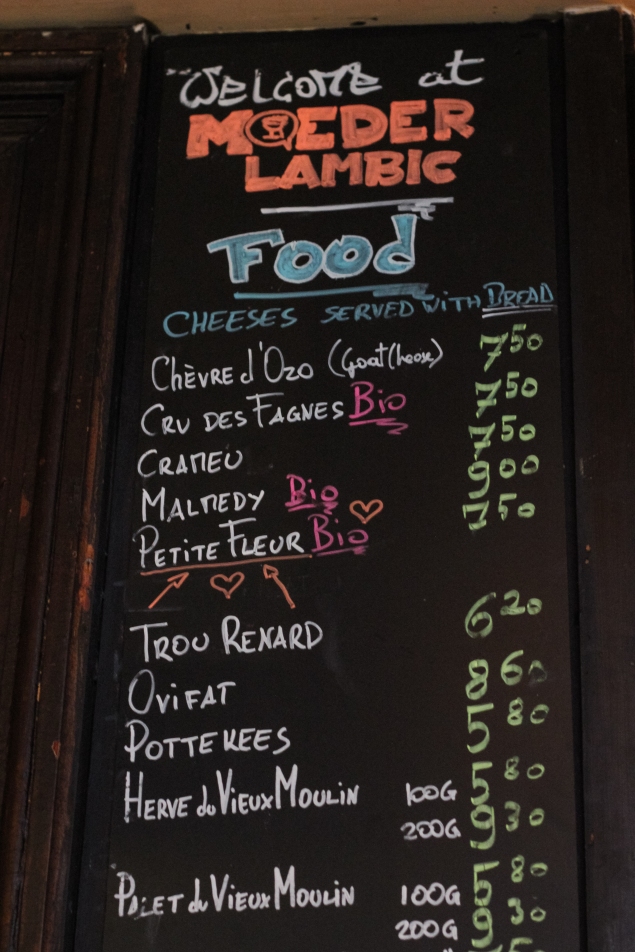 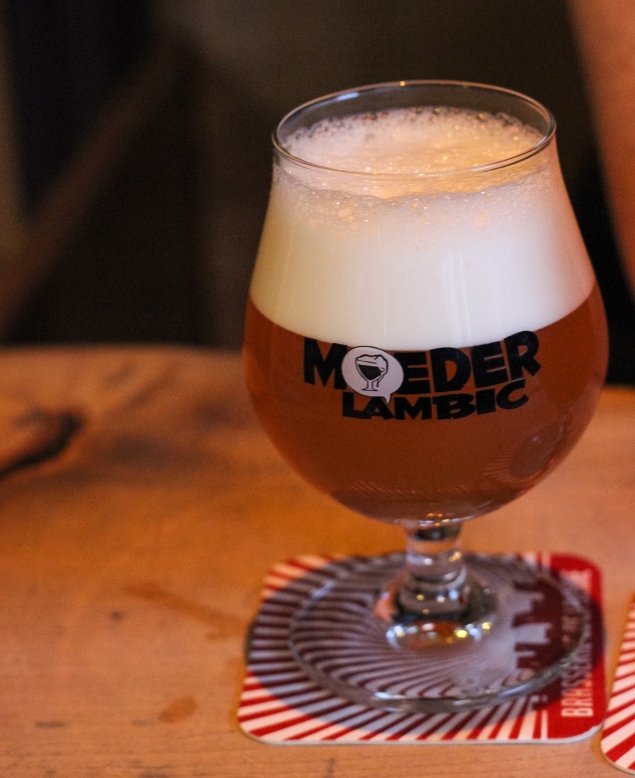 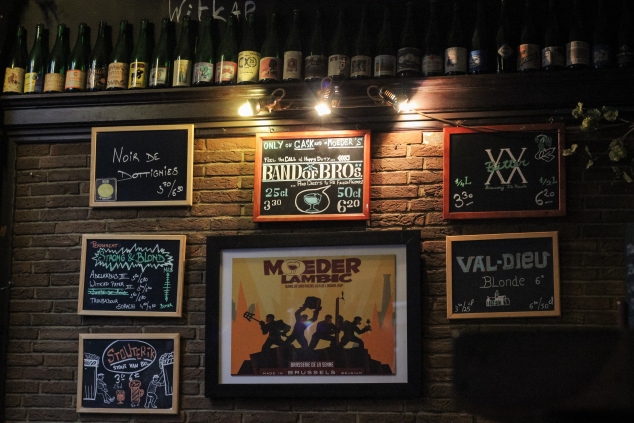 The next day started as a disaster. We had not brought the correct charger adapter for our phones so we had no map function to tell us how to get to Cantillon. We were planning on walking there so we just decided to start walking and see if we could find the place by asking around and perhaps there would be signage. Most of the people were more than willing to help try and tell us where to go in broken English but after wandering for 4 hours I started to get impatient. The upside was we got to see a lot of the city and take a bunch of pics but the downside was I was getting hangry and it was getting late so if we didn’t find Cantillon soon we would again miss our window for the tour. Luckily, the bartender at Bier Circus wrote down the address for us so we could flag a taxi and finally be heading in the right direction. Most taxi’s in Brussels don’t know where anything is and even if you are saying the name right, without an address you are basically screwed. We finally arrived to Cantillon a little after 3pm excited and relieved and ready to experience the wonder and magic! 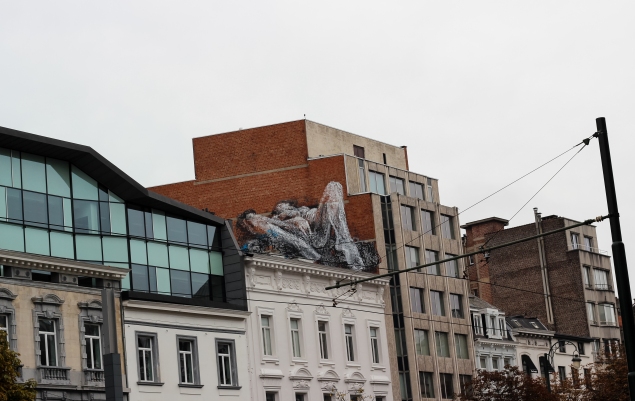 We were greeted by a friendly gentleman who handed us a booklet and informed us it was a self-guided tour. I was surprised but excited, I hate drawn-out tours that feel like forever! We were told to walk to the end of a dimly-lit hallway and follow the numbers 1-8. 1 started with the mash tun and your standard brewing equipment but it was much older with fun wheel pully systems. They say it’s like traveling back in time and I am inclined to agree. I forgot about the stress of the day and started to drink in the musty and dusty charm. Cantillon is a family brewery where Lambic, Gueuze, Faro and Kriek are made and where nothing has changed since 1900 when it was founded. The beers, tools and brewing process are still the same as in the beginning. Some of the bottles that line the hallways look like they have 100 year-old dust on them. 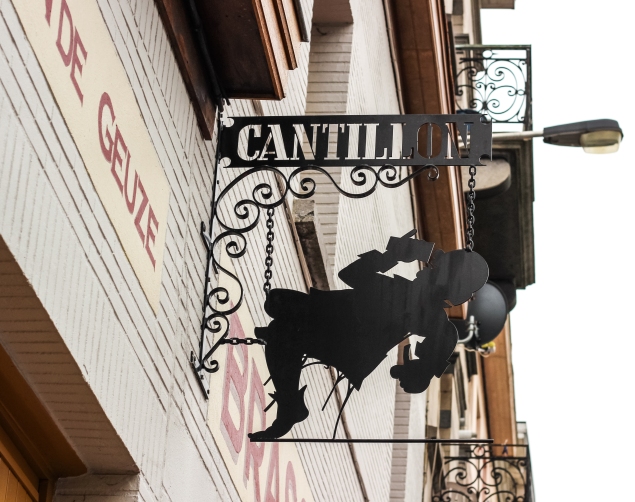 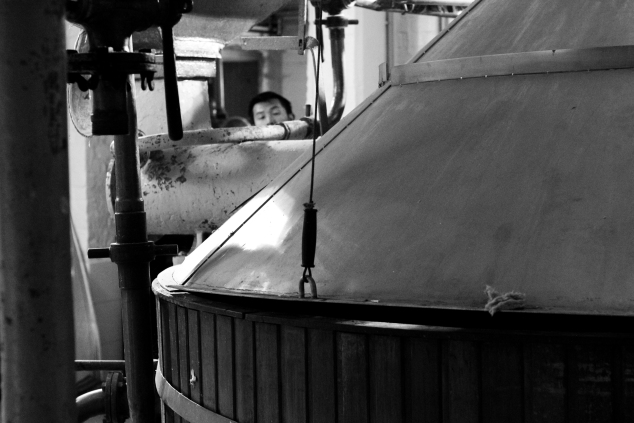 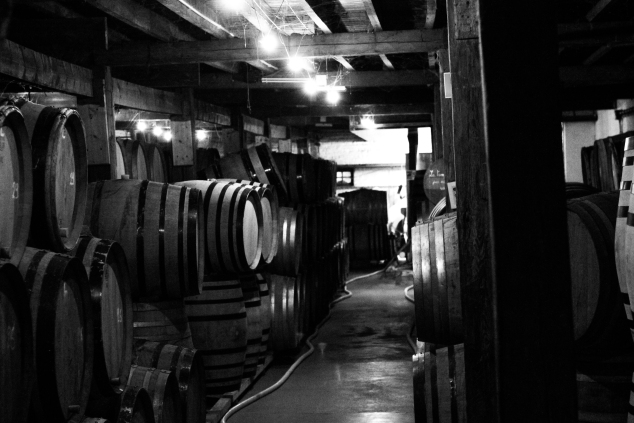 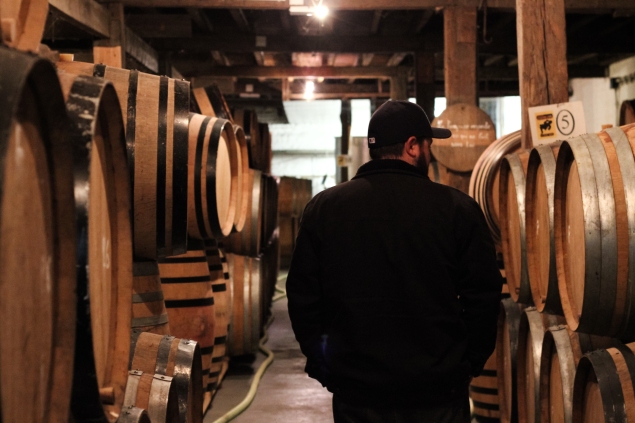 We wandered through the tour stops and saw the grain mills, the open fermenter, the barrel room, the old-as-hell corking machine, and the bottling line. The grain storage was up in the rafters and dark with a little light streaming through the windows  it felt like a secret fort that I could go to get away from the world. That is probably where I would hang out if I worked there (minus the bar). The barrel room had an eerie feeling (similar to the one at Laphroaig) that I think has something to do with the “angle’s share” coming from the barrels. Is it errie because of the beer ghosts? The bottling line area was cool because of the way they have the bottles stacked, it was like a work of artful patterns just begging to be marveled upon. After the tour we had our allotted tasters of the Classic Gueuze, Gueuze 100% Lambic Bio, Rosé de Gambrinus (loved this one: raspberry flavors were so fresh and clean), we ordered an additional bottle of Zwanze (2012) (made with rhubarb but had a terrific acidic tartness like grapefruit or oranges) and sat content in the tasting room next to a roaring fire and relaxed. It was nearing closing time so they closed the tap room and we purchased the Rose, Mamouche, 50 Degrees N – 4 Degrees E and the Fou’ Foune along with a t-shirt and a sweater. Satisfaction levels at an all-time high, we flagged a taxi and asked if he could take us to the Delirium Cafe but he didn’t know what we were talking about so we ended-up heading back to the hotel. We ate at the Journal Bar and decided to head back to the hotel early and end our trip on a high note. Overall Brussels was a busy city that wasn’t my favorite from the trip but the tour at Cantillon and the lovely evening at Moeder Lambic made it worthwhile. The city had sparks of beauty hidden beneath the surface, you just have to know where to look. 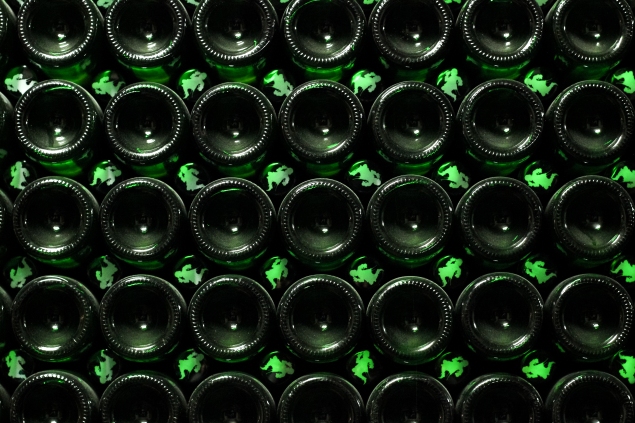 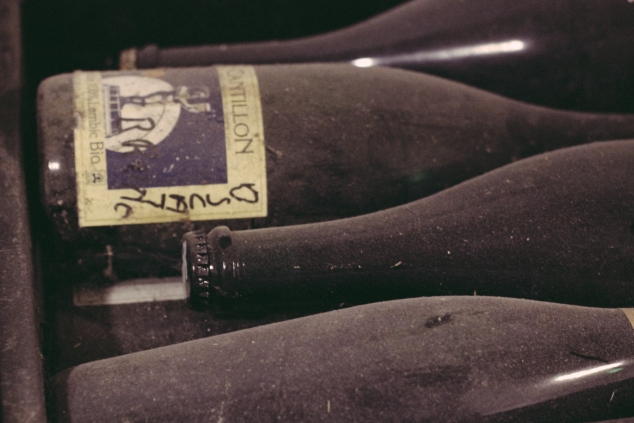 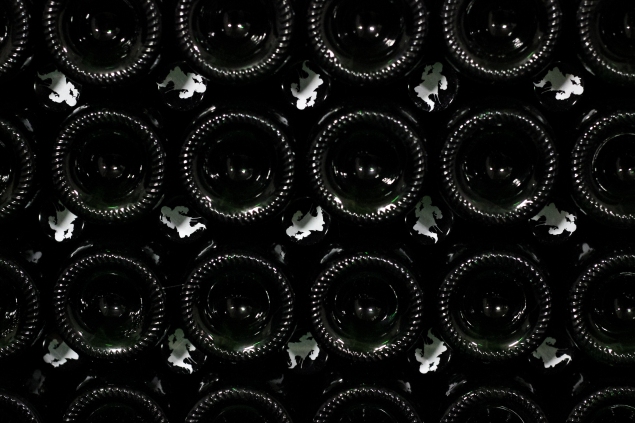 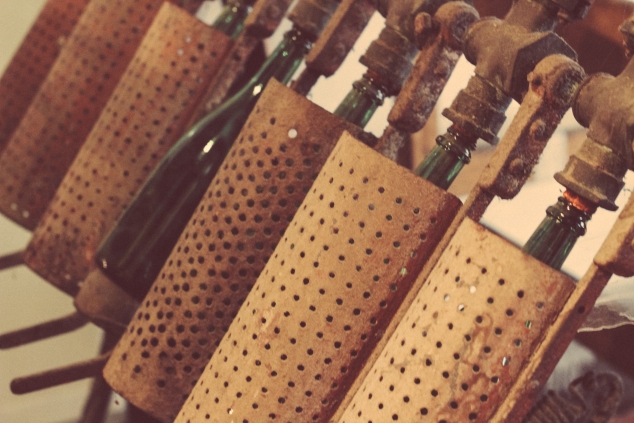 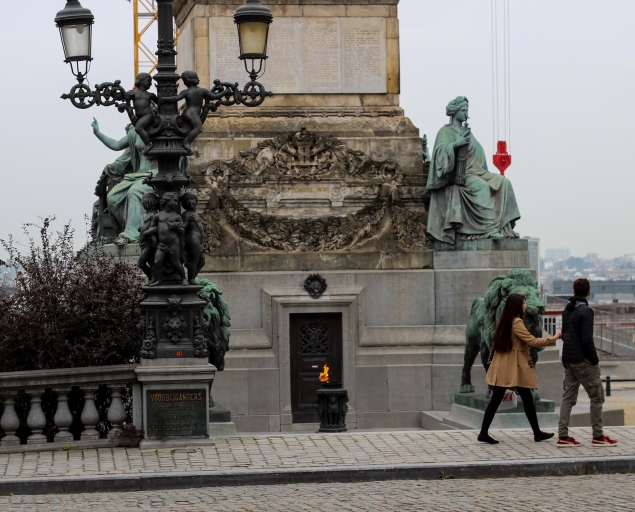 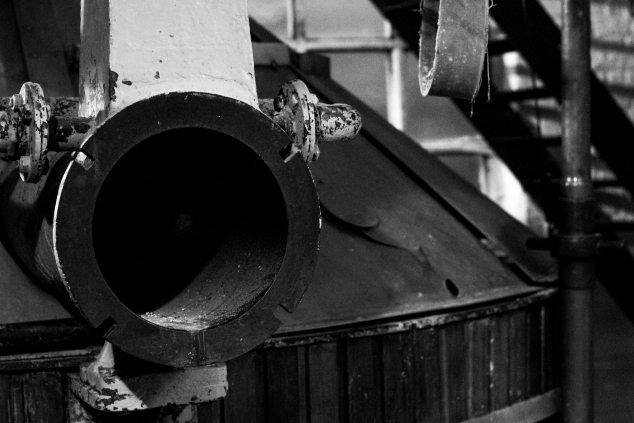 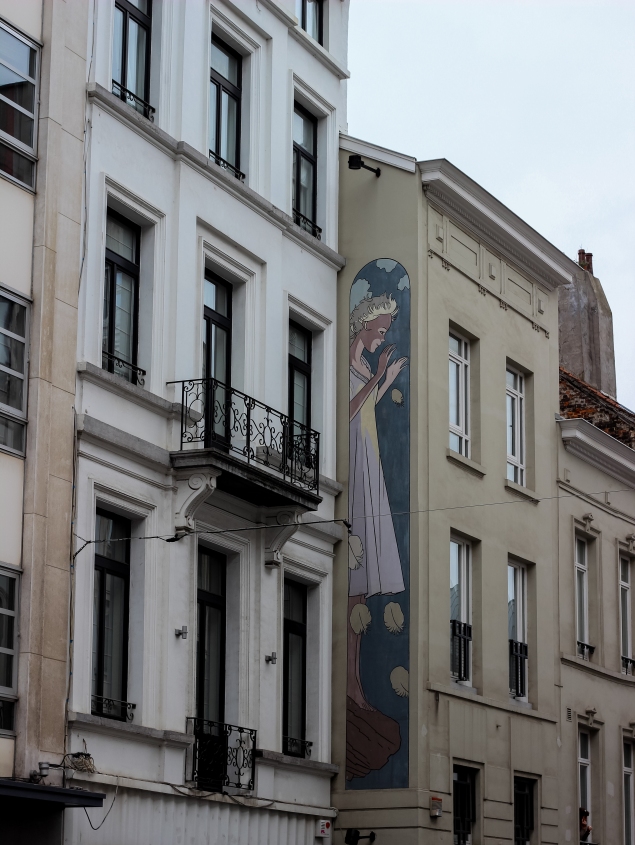 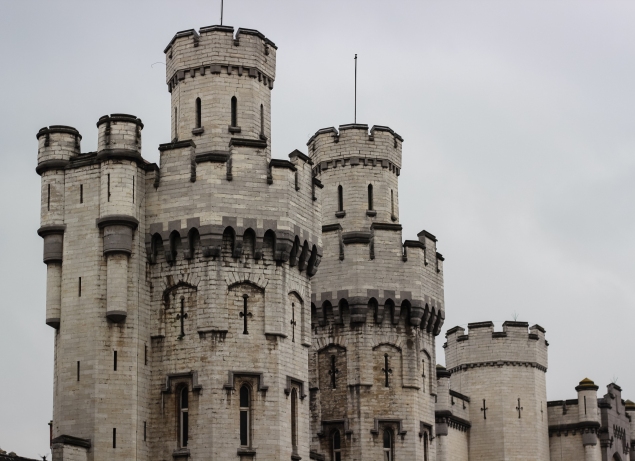 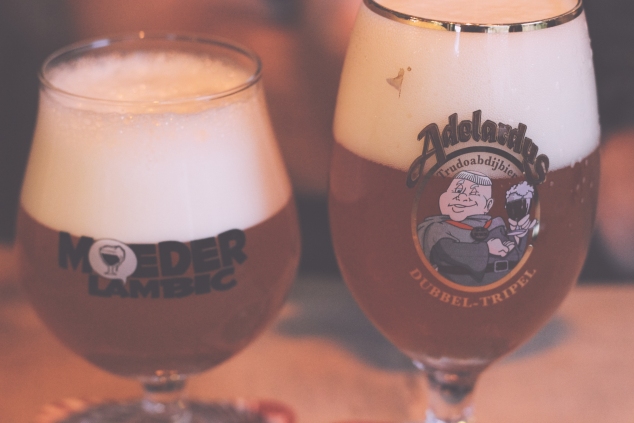