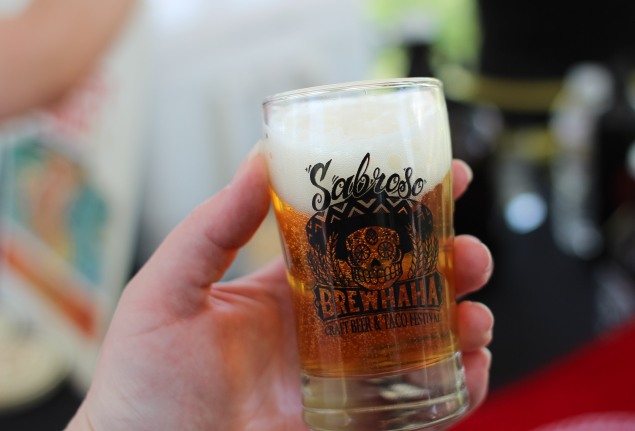 From the mind of Cameron Collins (OC Brew Ha Ha Events) comes the latest craft beer fiesta dubbed Sabroso (Spanish for delicious) featuring tacos, Lucha libre, and of course the delicious craft beer. Boasting unlimited tastings of over 60 different beers is impressive, and what makes me excited is there is always the guarantee of special pours when it’s a Brew Ha Ha hosted event. When you go to beer events and breweries as often as I do, new and/or special beer offerings is very important to my satisfaction level when I think about an event – which is probably why I loved Firkfest so much. Fear not, gentle beer drinkers, there was plenty of special pours offered at Sabroso! 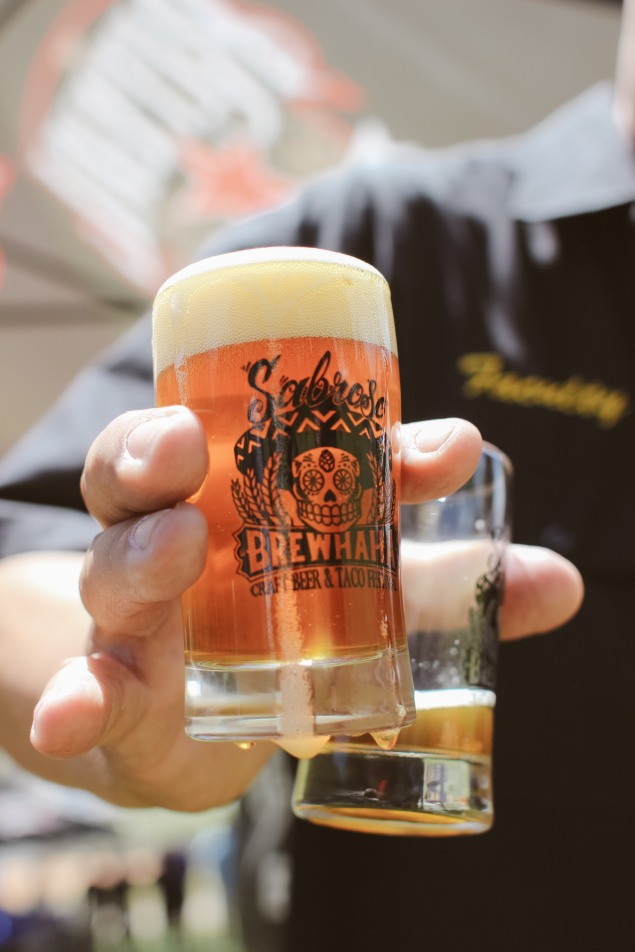 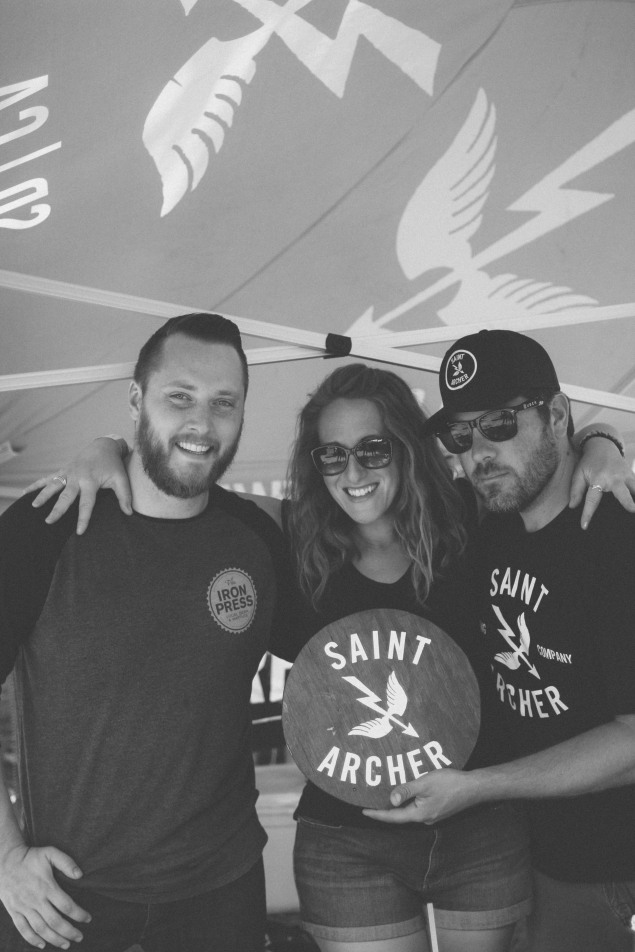 My first beer of the day was the Ballast Point Sculpin… and it was 2 days old. Legit freshness all up in my mouuuth. Ugh it was so damn good. I am literally salivating thinking about it. One draw back about writing a beer event review is you long for those past delicious beers that you can’t have instant gratification on anymore because the event is over. Another favorite of mine is the Hangar 24 Small Stout on Nitro because it’s got this fantastic dryness and is so damn drinkable. It’s most likely my favorite Hangar beer…maybe after Chandelle. Valiant had a mango beer that was crazy high in ABV and pretty sweet but I liked the mango flavor. Of course, my buddies at Bottle Logic had a Leche Mole hybrid that was mind-blowing as per usual. Geezzz Bottle Logic, stop setting that bar so high! Sheesh. 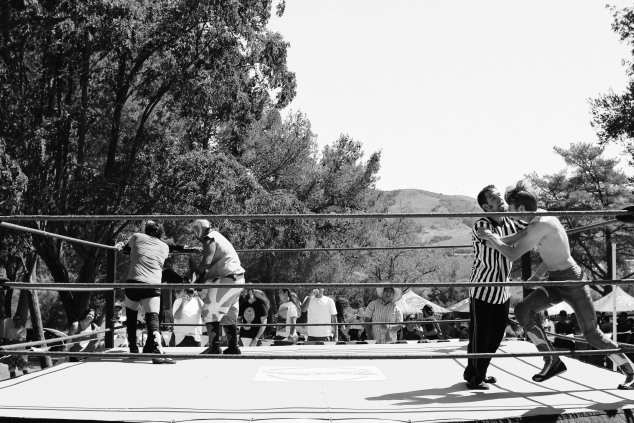 I also really enjoyed the Art of Dankness by Ritual Brewing, it smelled really,well…dank. It was pretty enjoyable and not overly sweet for a double IPA and at 9+%ABV it makes for a great beer to share. 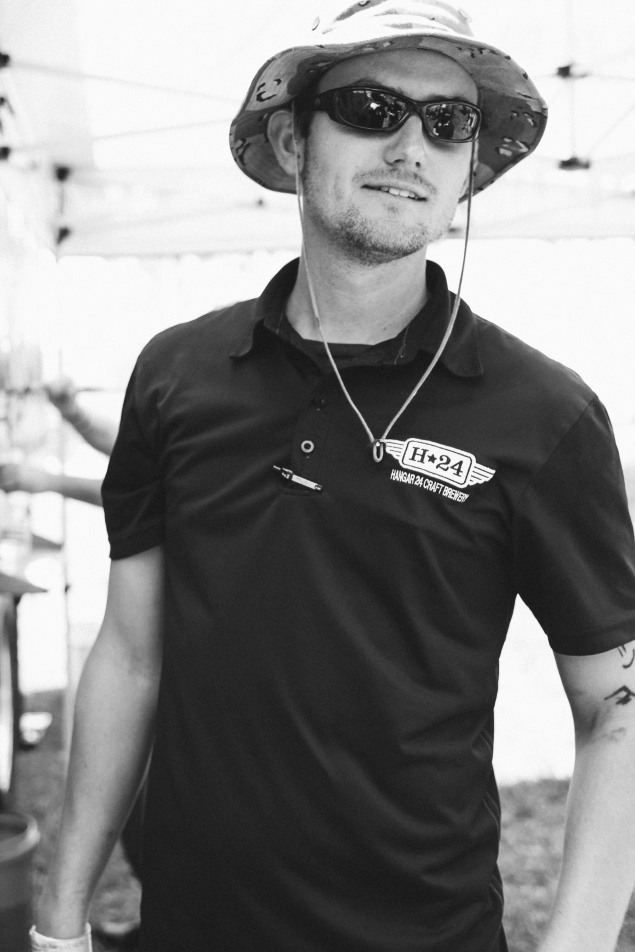 On to the tacos! Cuz I’m kinda a big deal in the OC I was asked to be a judge in the taco contest where all the restaurants and food trucks would enter one (or more) taco to be judged and one would be announced as the winner! So, basically I got to eat all the tacos and get all judgey-like with a clipboard and stuff. I was glad to have my hubby and buddy Nick with me to help finish all the tacos. I made sure to take a pic of each taco for proper reviewing. Here goes:

This one was my favorite one, and consequentially this taco won the contest. This was Hopscotch’s Lamb Al Pastor served on a grilled corn tortilla topped with fresh cut pico de gallo. It wasn’t the most pretty and polished-looking taco, but I am a freakin sucker for fried garbanzo beans. The meat was super flavorful and the texture was excellent. I gave this one the most points over the rest of the tacos.

This was the Taps offering of the Bahn Mi taco and octopus taco. The Bahn Mi taco was sous vide duck breast and House Cured Bacon, Duck breast sous vide in Asian aromatics, House Smoked Bacon, Bahn Mi salad mix (Pickled Carrot, daikon, jalapeno, cilantro), Sliced Steam bun topped with Mongolian Sauce and fried pig skin and sesame. It sounds complicated and it was, but yummy all the same. This was my second favorite taco with the steamed bun and complex texture and spicy kick.The Braised Octopus/ later grilled and sliced, kobocha chile crema, pickled red onion, jalapeno radish salad on a squid ink tortilla taco was good and I surprised myself by eating octopus when I normally wouldn’t but it was flavorful, just not my favorite of the day.

This is the Haven taco that had grilled asparagus and seaweed and a chipotle sauce. This was really good and it was nice to have a vegetarian option but it felt like it was missing some substance to it. On the upside, this was the least heavy taco and I loved how crunchy the asparagus was. I love me some asparagus!

This was the Dos Chinos Hollywood Taco which was thai coconut curry fresh chicken, cabbage, tamarind with a crema sauce. This had some strange relation to those chicken soft tacos you get from Del Taco, just the way-upscale version of it. Maybe it was the crema sauce? Anyhow, I smiled as I shoved it in my face because I was getting twinges of nostalgia goosebumps. This was up there, but I wished there was more heat and/or texture to off-set the softness of the taco.

This was the Porko Rico taco with Chicken, strawberries, mango, and Fresh Cotija cheese and cilantro. I liked this taco a lot, it was in my top 5 but it was a bit on the sweet side and I was longing for a bit of acid and possibly more heat. Maybe my palate was blasted by the time I ate their taco because usually everything from Porko Rico rocks my socks off.

Garlic Scapes food truck made this artichoke hart taco that was yummy but surprisingly lacking in the garlic department? What’s up with that. I want to burn my nostrils!

The Iron Press waffle taco Beef marinated with mexican chiles, aztec spicy coffee rub and piri piri. Garnished with cilantro, radish and served with Lucky Habanero Salsa. The meat was flavorful but my waffle was kinda mushy which may have been because this was close to the end of the event and I am sure their equipment didn’t have the same juice it did earlier in the day. Waffles are tricky bastards.

Unfortunately I didn’t get anything from The Kroft but I heard it was great. They were sold out by the time I got to them 😦

Overall the event was really fun and I would go again in a heartbeat. The wrestling was great, and it got even more fun when all our buddies jumped in the ring and started messing around, which makes for good pics. This event was totally worth every penny! 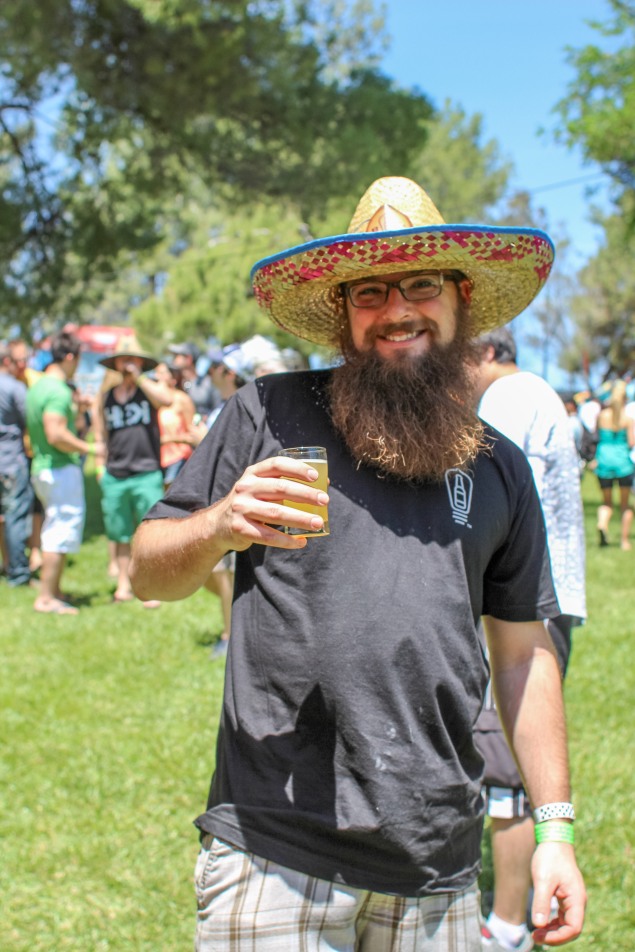 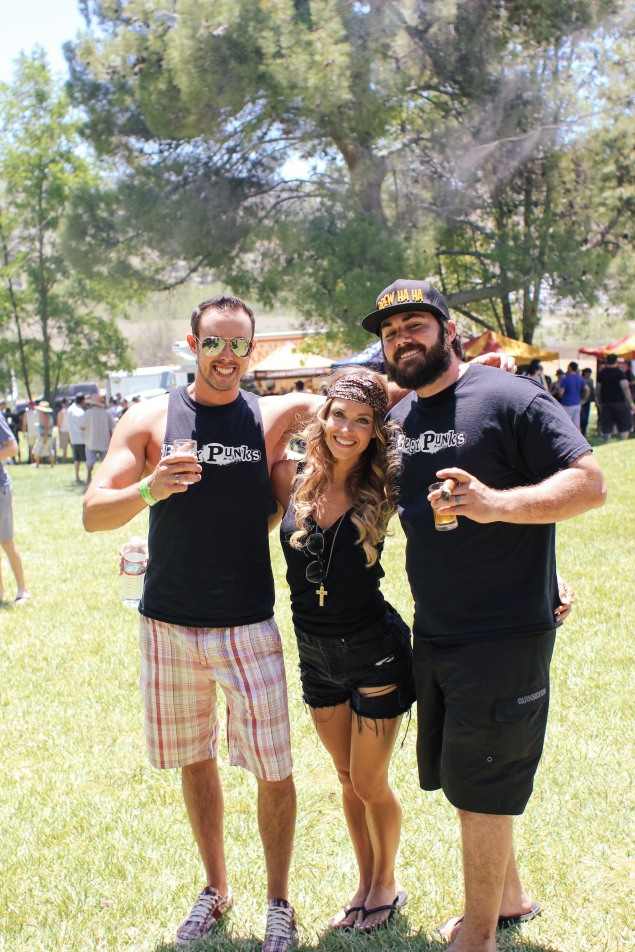 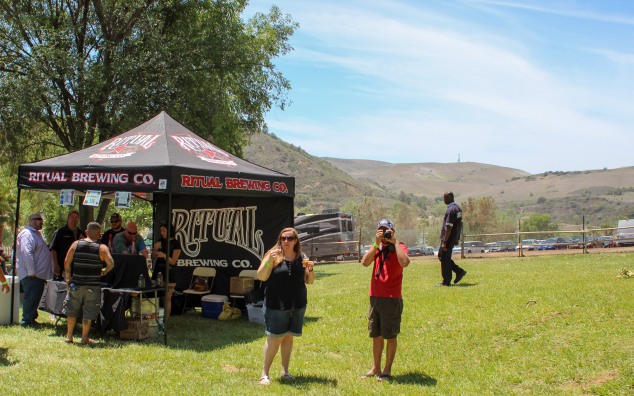 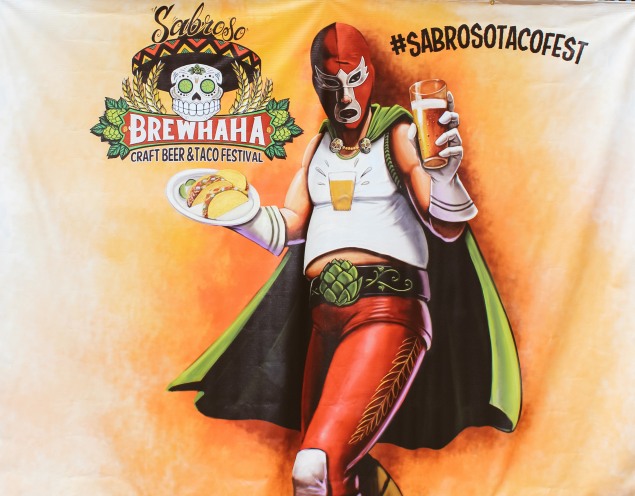 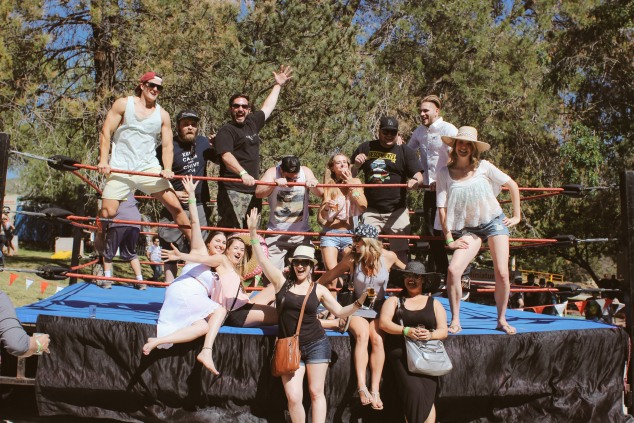 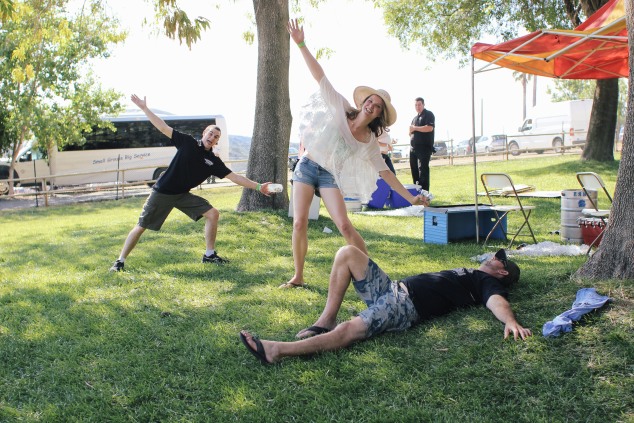