This year’s Firkfest was quite an event. The event coordinator, Greg Nagel of OC Beer Blog, outdid himself once again.

This year it was a very hot day, and I was very thankful there was shade and water readily available throughout the event. Unfortunately I still got burned on my neck because I didn’t put sunscreen there, like an idiot. It doesn’t help to be a crazy extreme level of pale, but that’s neither here nor there.

All of the beer was delicious and interesting, especially since it was mostly flavor combinations I have never had before. The thought that every brewery in attendance went to the trouble of making a cask beer just for the event is pretty humbling. One of my favorites was the Good Beer Company “Pinkest West”, a Belgian Pale aged in wine barrels which was dry-hopped with Citra, Amarillo, Centennial Hops, hibiscus, and fruit juices. It had a slight tea flavor, but not overly bitter, lightly floral and oh-so-drinkable. 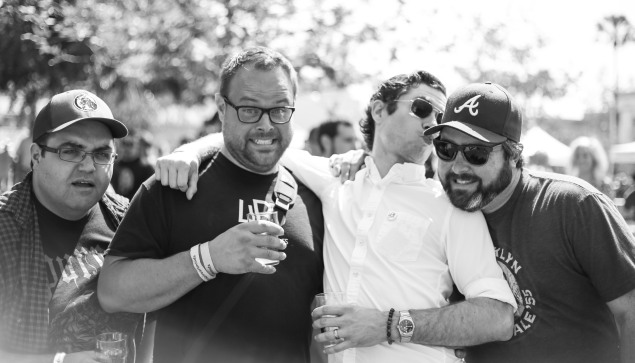 This year Firkfest was also a chili contest between a group of formidable local chefs. The idea of eating chili on a very hot and sunny day wasn’t my idea of a good time, but I surprisingly had fun and didn’t really think much about it. I really liked Chef Cody Storts of Grits in Fullerton’s chili. It was not too watery, and had a nice creeping heat that I love in a good chili. I do also recall sneaking several of the fried grits from another table because it was a nice texture change and damn tasty. Another refreshing element to this year’s event was the Hop Water, that was like having carbonated water that had been dry hopped. It was delicious! 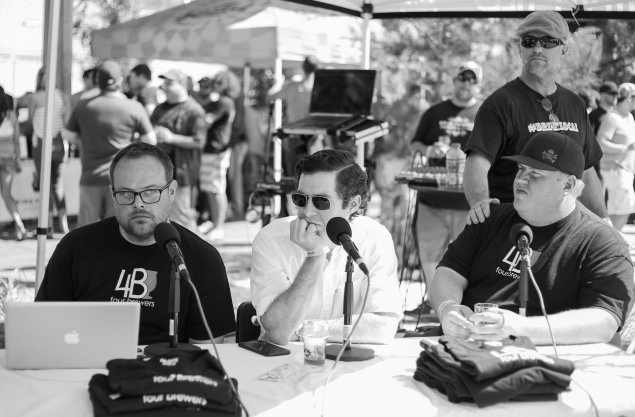 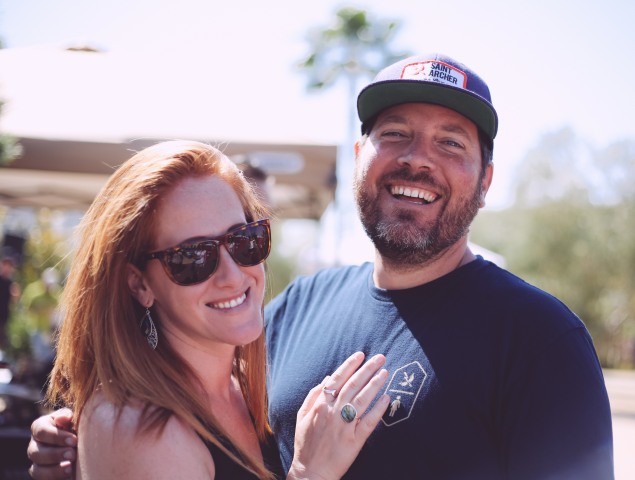 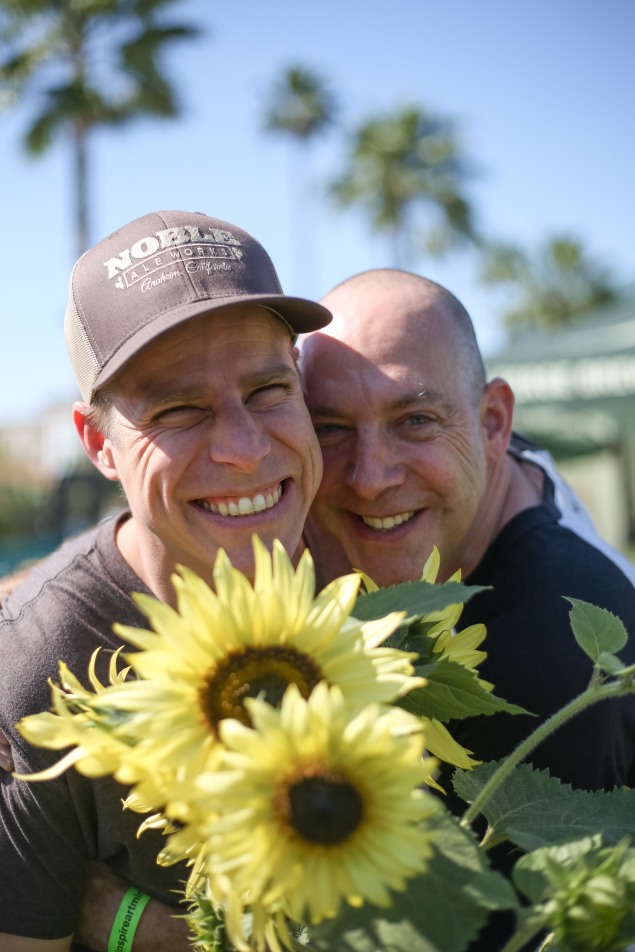 It was really cool to see 4 Brewers do a live podcast at the event as well. One drawback to doing a live podcast is you have creepers on your “set” like that dude in the green shirt playing the air violin. What was going on with him? Another fun people watching sighting was the two guys from Ballast Point dressed as sailors with ladies white denim short shorts. I am buddies with Dallas Hammons (one of the Ballast Point guys) and I loved following him around taking rapid fire pictures thinking to myself “that’s a gif.”

It was great to meet some amazing beer people ranging from Tomm Carroll and Victor Novak to Erika Bolden and Cleo Tobbi. Overall, I had a lot of fun. I can’t wait for next year’s event! 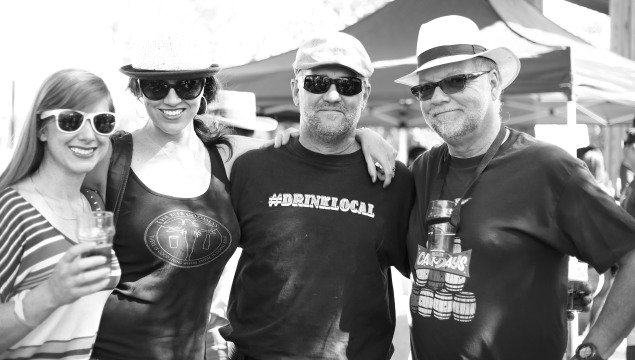 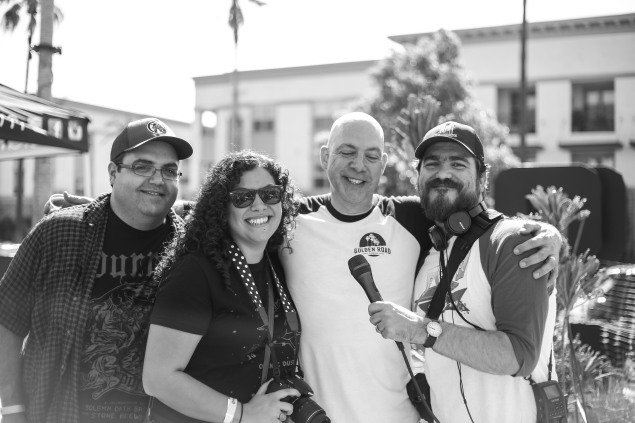 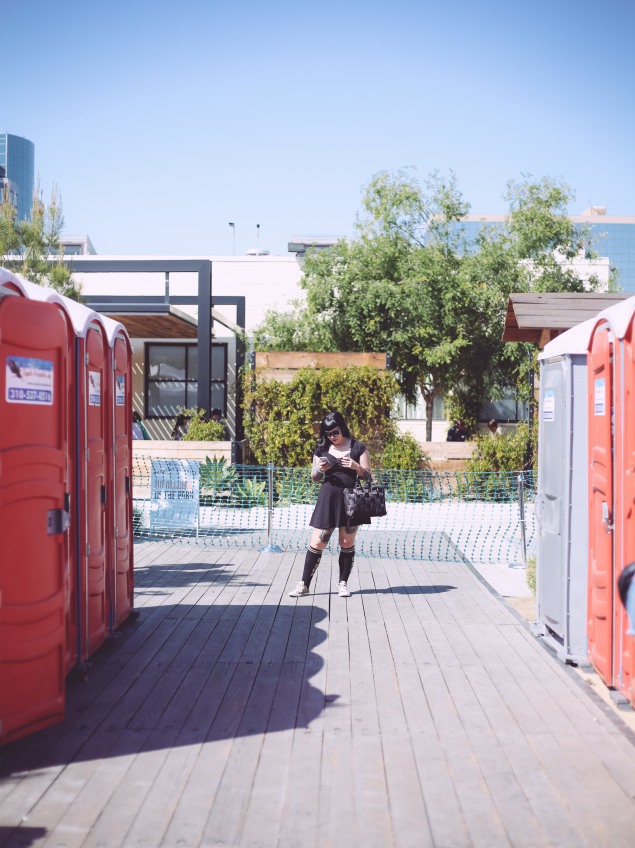 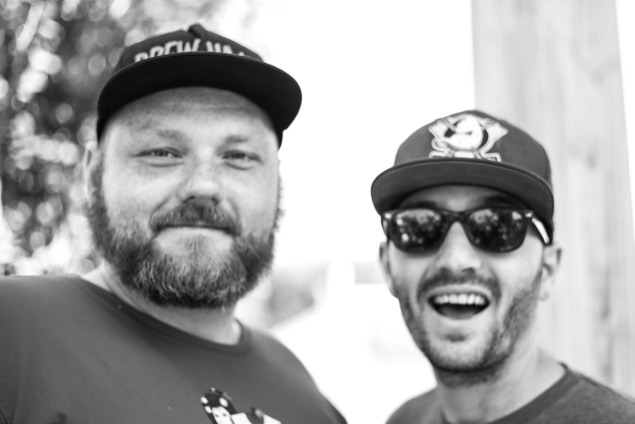 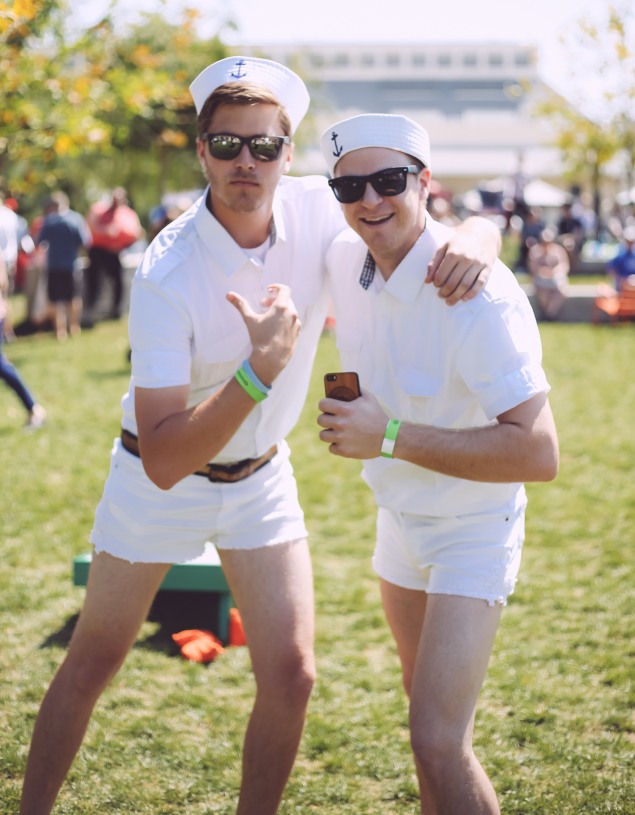 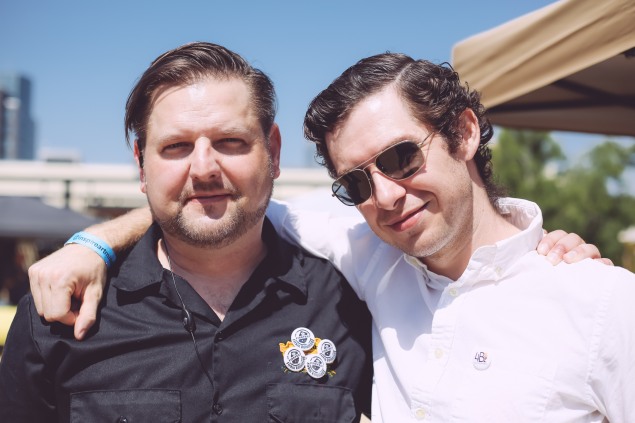 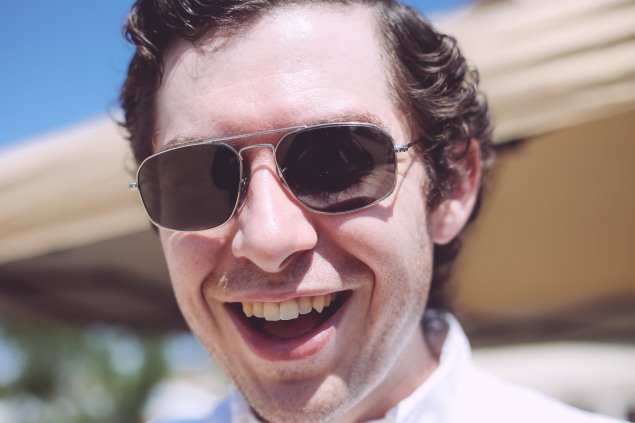 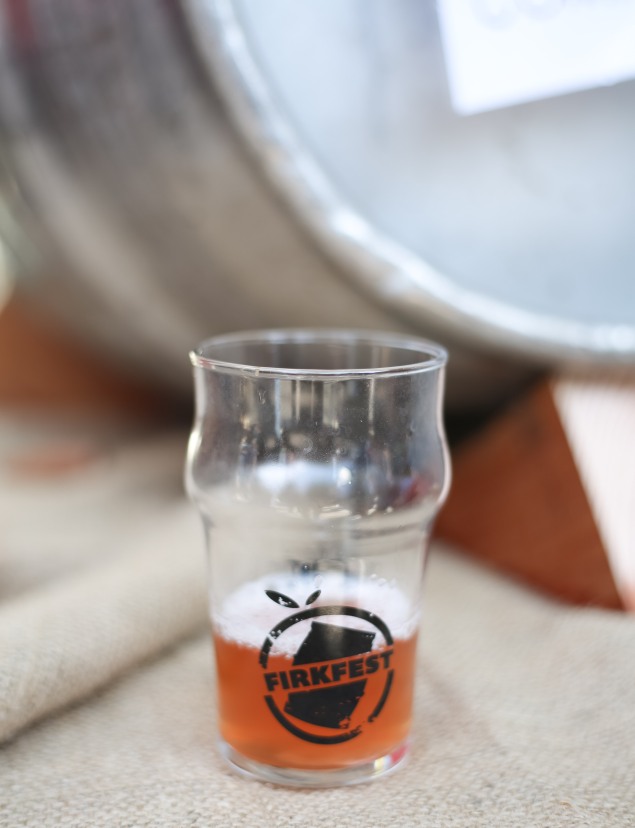