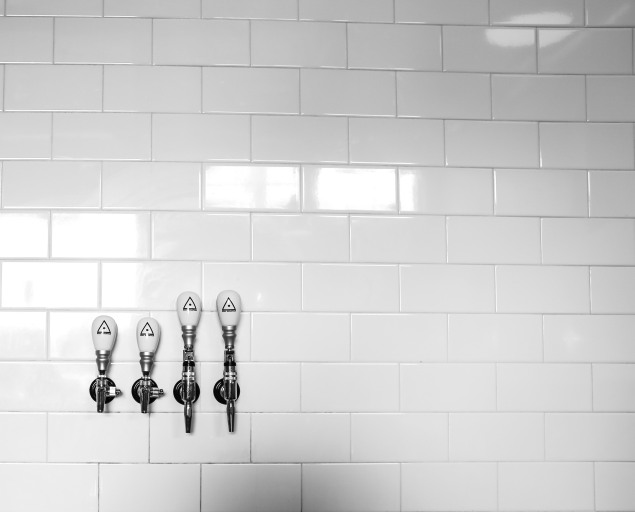 It was love at first visit to Holy Mountain Brewing in Seattle. Let me count the ways: 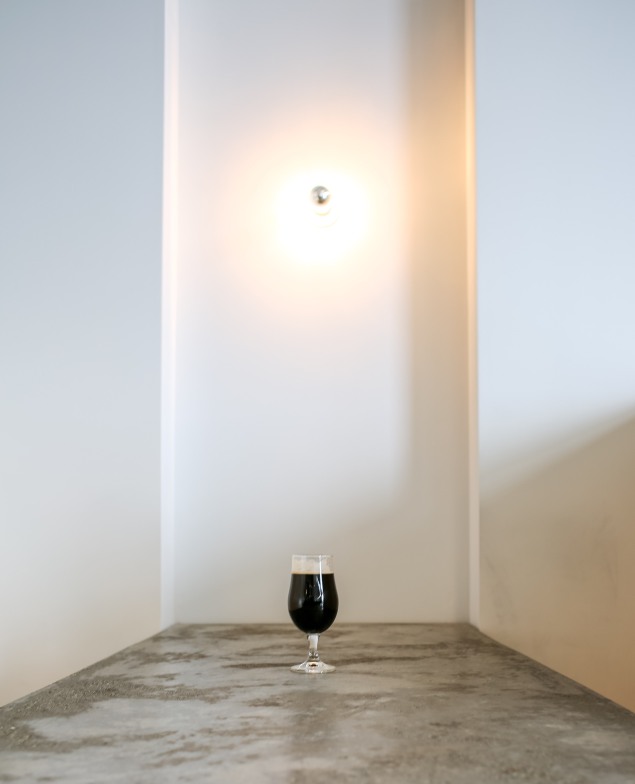 1. The tap room: sheltered and unassuming in a industrial area off a main road, it was a hidden gem that exceeded my first impression. The concrete floors, stark white walls, tall ceilings, wooden booths, white subway tile, minimalist aesthetic meets a thoughtful design that was so damn good. I loved everything about it. 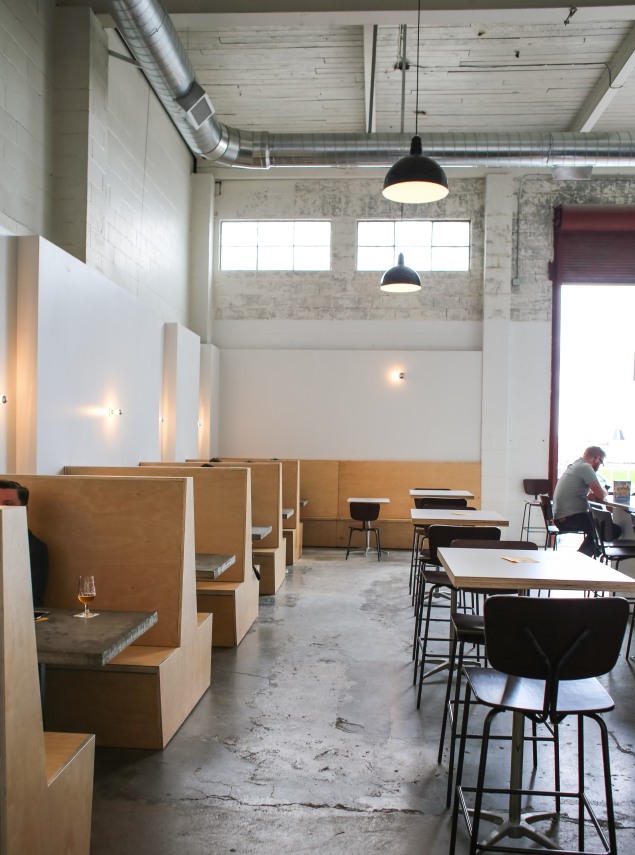 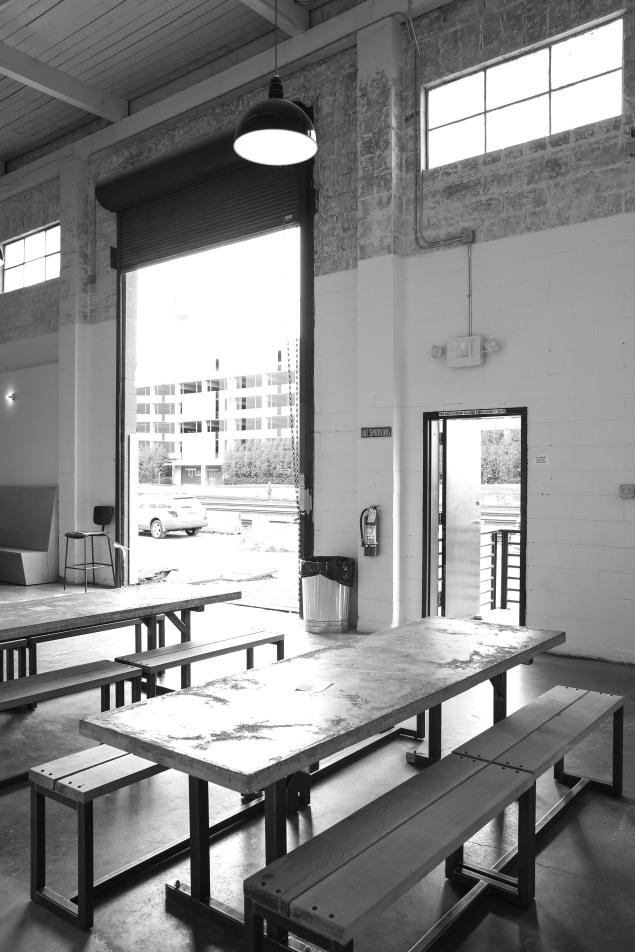 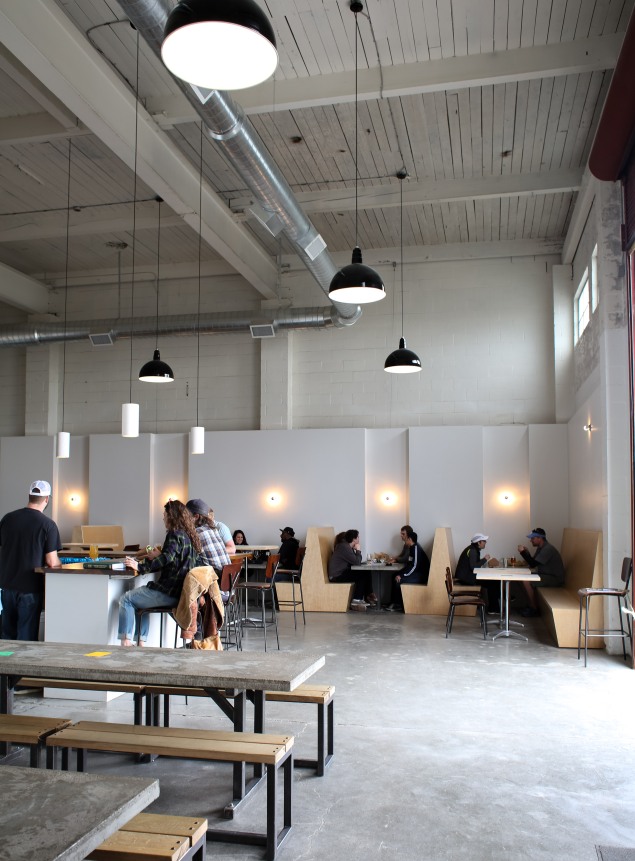 2. The beers, oh the beers: this really should be number 1 because they are really what matters the most ultimately, but I can’t help but swoon over the concrete floating tables. Either way, Holy Mountain is killing it. They have some of the most interesting and well done beers I have ever had in Seattle, and I have been to quite a few breweries in Seattle. They are focusing on seasonal, hop-forward and yeast-driven beers, including saisons/farmhouse ales as well as some lagers, but most importantly is they were all extremely drinkable and clean. I tried several of the beers and here is what I thought: 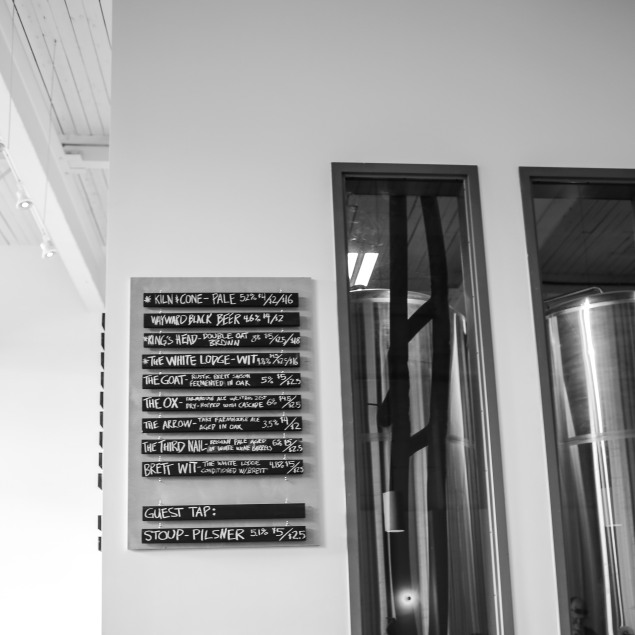 The OX – Farmhouse Ale 6% – Was light and fruity, had a lovely citrus quality that finished dry. Reminded me of a fruity chardonnay, very approachable. I need more of this in my life.

Kiln and Cone – Pale Ale 5.2% – Hoppy but very well balanced. Had some notes of citrus and pine, so drinkable it made me believe I could fall back in love with the IPA.

King’s Head – Brown Ale 7.9% – Falls between a porter and brown in my opinion. Had great flavors but wasn’t overly sweet, mostly tasted of brownie and marshmallow with a slight bitter backbone.

3. The people: I met one of the co-owners Mike Murphy when I went to the taproom and he was as nice and forthcoming as one could possibly get. He answered all my questions, dug-up a shirt from the back, let me get behind the bar to get the shot I wanted of the tap handles, all while being the only person behind the bar and handling all the other patrons. He never seemed flustered or annoyed, he just was so mellow and easy to talk to. He was so happy to hear how much I loved his beers it seemed to mean a lot to him. 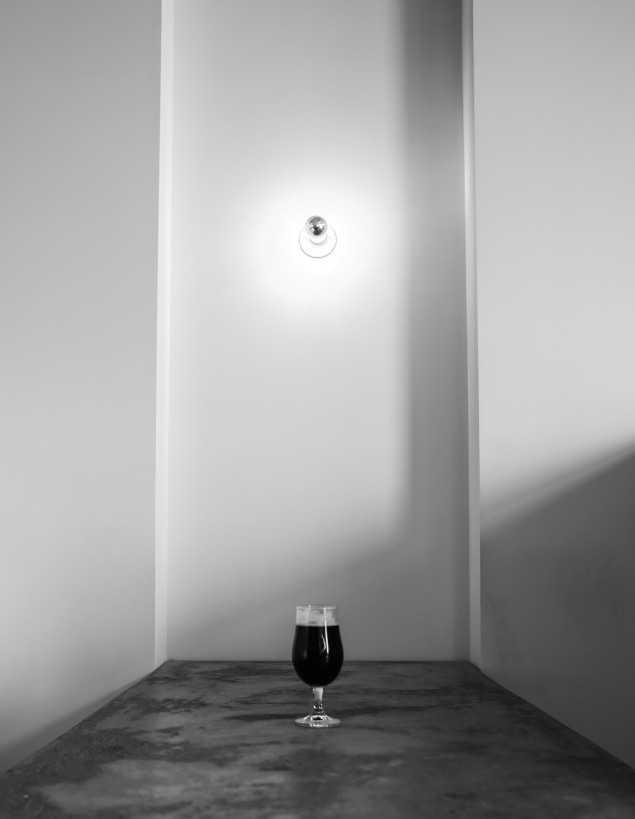 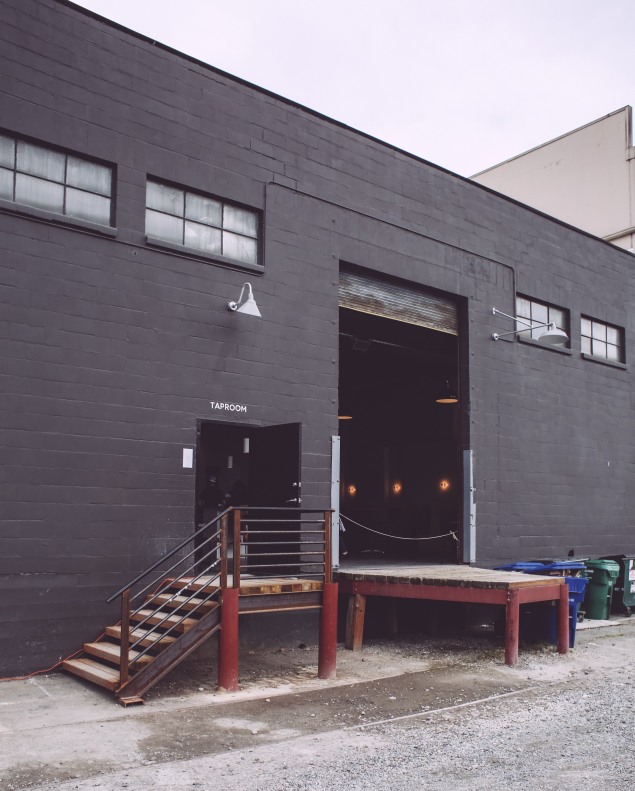 Believe it or not the brewery name isn’t from a religious nod, but yet is from a song and album name from a band called Sleep. It’s also a reference to Mt. Rainier, but mainly from the band. I am not sure about you guys but I like to keep religion and beer separate like good ol’ church and state, so it was a relief to learn it had no religious affiliations tied to the name. 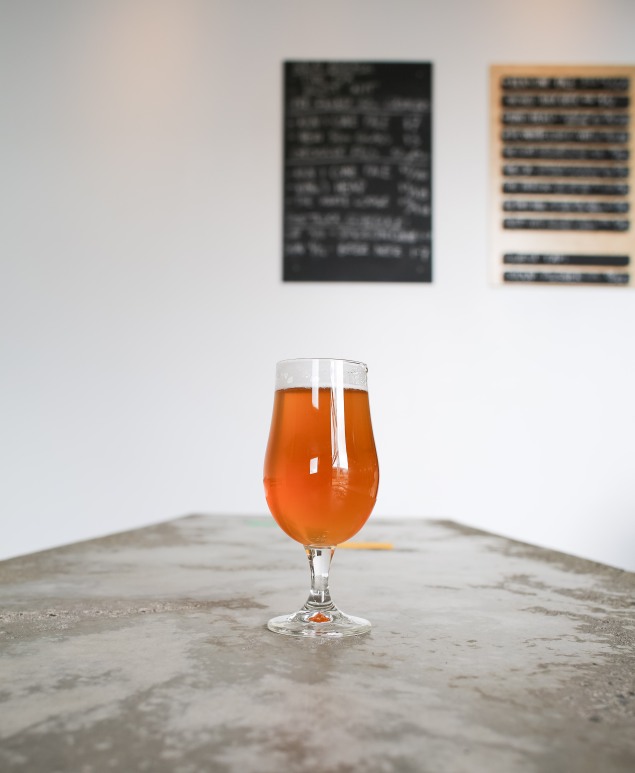 A brief search around the web confirmed that I wasn’t alone in my admiration for this brewery.

“Holy Mountain is a true blessing upon Seattle’s beer scene.”

“The space is open, clean, and feels comforting in that minimalist-this-place-looks-like-it-just-came-out-­of-a-magazine way.”

“the most Highly Anticipated new Seattle Brewery Opening of the year.”

The Holy Mountain taproom is located at 1421 Elliott Ave W in Seattle. They have a 60-seat taproom and 12 tap handles, and are 21+ and no dogs allowed. If there was one bummer about Holy Mountain is they don’t allow dogs like many other Seattle breweries, but I understand why they choose to have those rules. It’s meant to be a heaven away from reality, and for those who want to get away and those who have allergies, it’s should be fun for them too. Hope to see y’all there next time I visit! 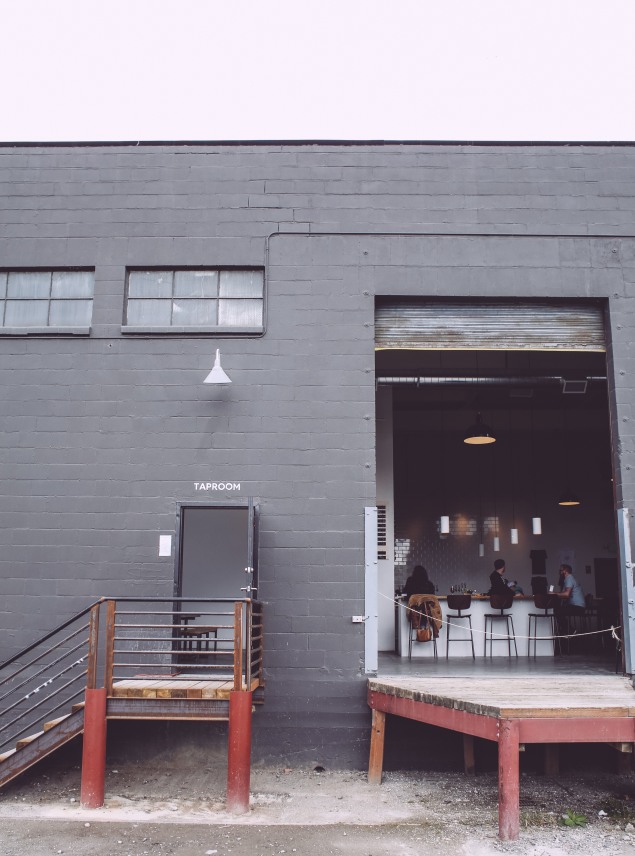 Leave a Reply to Bread and Circuses Cancel reply