A Kilkenny in Kilkenny, Ireland

We spent the day walking around Kilkenny and discovered a beautiful castle, delicious beer and a gorgeous town. Kilkenny was on my list of places to visit since it was only about 30 minutes from where we were staying in Athy, but I didn’t know if we were going to have the time with everything else on our plate. Luckily, we had a few hours to ourselves and were able to visit this town and I am so glad we did because it was one of my favorite towns in Ireland. 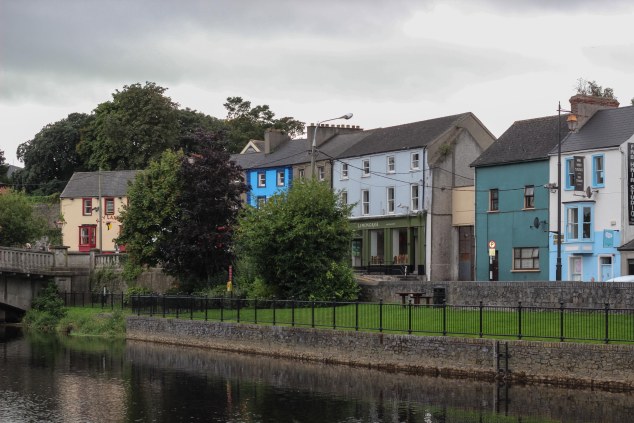 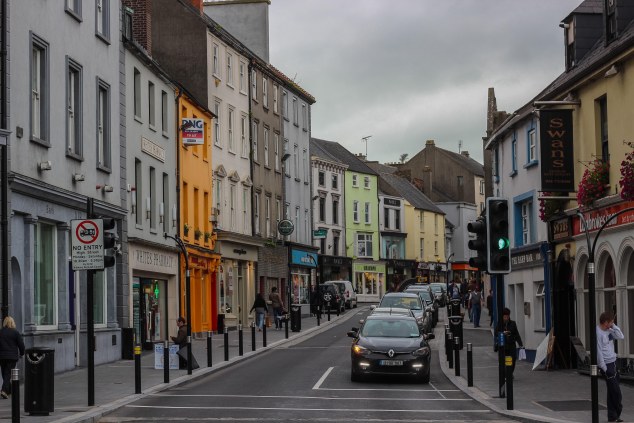 Kilkenny is located in county Kilkenny and is known for the Kilkenny Castle and Kilkenny beer. How many times can I say Kilkenny? A lot…apparently. The beer is brewed by Guinness and is a nitro cream ale that is more blonde/brown in color and is one of my favorite beers to have in Ireland. It’s a nice break from all the Guinness and Smithwicks. We parked in paid parking behind the library and ran into people from San Diego who immediately asked us about Sean’s Stone Brewing Co. shirt and wanted to know if we were from San Diego. I said we were from Orange County which (side note) is somewhere most people have no idea where that is. They ask “is that LA” or “Is that near San Francisco” and I just say it’s in between LA and San Diego but they still look at me like WTF does that mean. It’s kinda refreshing. 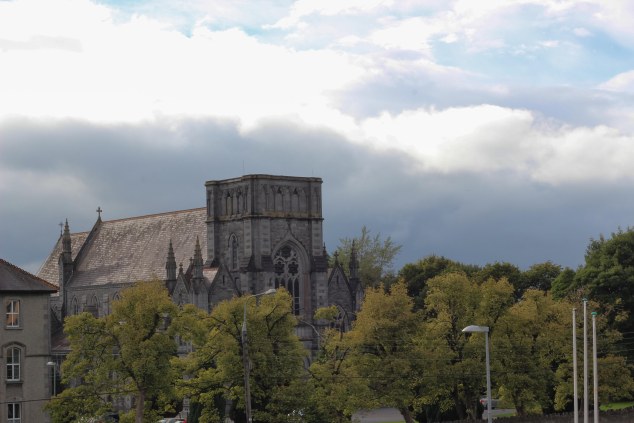 We wandered into a bar called “The Field” to get a Kilkenny beer and watch rugby. It was a quaint little bar with a wonderful group of older ladies enjoying their drink on this lovely Monday. At one point they even broke into song and it was magical. We dropped our buddy at the train station and decided to stay longer in Kilkenny because I wanted to see the castle. It was almost closing time but we were able to walk the outside grounds which were massive and very green. The castle was  built-in 1195 by William Marshal, 1st Earl of Pembroke to control a fording-point of the River Nore. The property was transferred to the people of Kilkenny in 1967 for £50[1] and the castle and grounds are now managed by the Office of Public Works. The castle was so well maintained we wondered if it had ever seen battle and I learned it was badly damaged in the Irish Civil War in 1922 but has since been heavily restored. It was sprawling and alluring. 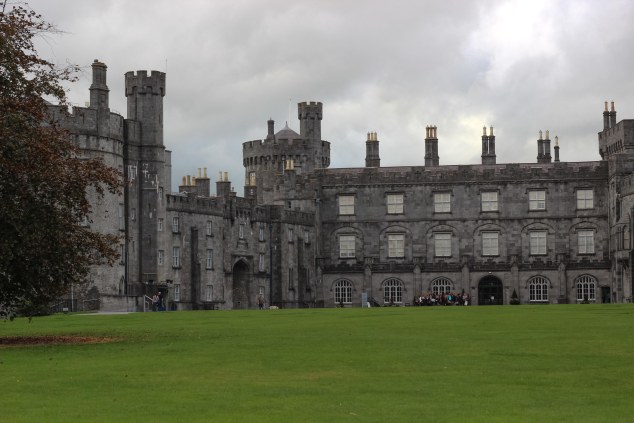 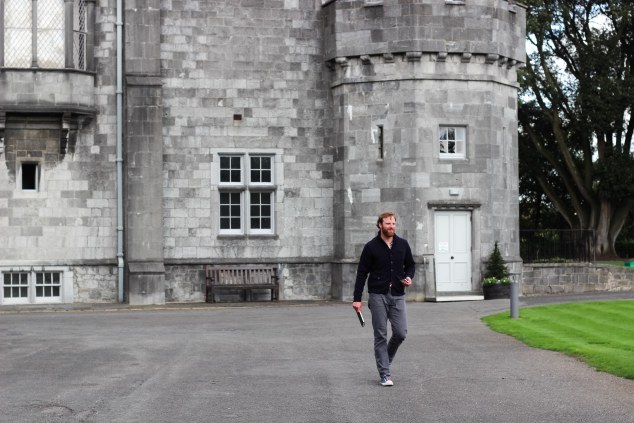 After the castle, we went for a drink at the Kilkenny Hibernian Hotel. It was a dark bar with lots of dark wood and segregated seating areas like most bars in Ireland and UK. We sat at the bar and had excellent service and a hard-to-get whisky from an apparently a very good whisky selection (according to my whisky-loving mixologist buddy). It would be a hotel I would love to stay at on my next visit just for the bar! 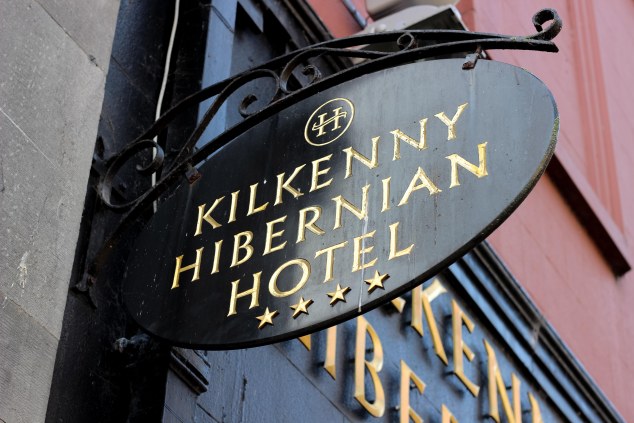 After that we wandered around town for a few hours. We saw cute antique shops, got ice cream, took photos of the river, saw some awesome graffiti and art installation about witches, and stumbled across the Smithwick’s Brewery. I hadn’t done my research so I had no idea that the brewery was in Kilkenny. Unfortunately, the brewery was closed for renovations so we couldn’t see what the inside looked like. I was nearing the evening so we opted to visit a Whisky bar we saw driving through town on the way in before heading back to Athy for the night. The bar was called Dylan’s Whisky Bar but they weren’t open for another 30 minutes so we stopped at the bar right next door for a drink. I had one of the best old fashions I have ever had and my buddy had a “bartender’s choice” drink which was also very impressive. I believe the bar was called Biddy Early’s? After we had that drink we went next door to Dylan’s and cozy’d up to the bar for a whisky. It was a luxurious bar with leather seating, low lighting, large bar seats, and the longest whisky list I have ever seen. I splurged on a Middleton and Rooney ordered three different variations but I think my favorite was the Writer’s Tears. We met another fellow blogger from San Diego who writes a blog called “One Day In A City” and travels for a living…lucky! We chatted and tasted whisky for a while savoring the moments of being in an exquisite bar, in Ireland, with good company. The day had to come to an end so we could do some laundry and clean before checking-out of the house in Athy and taking the ferry into the UK the next day. I love you Kilkenny! I will be back. 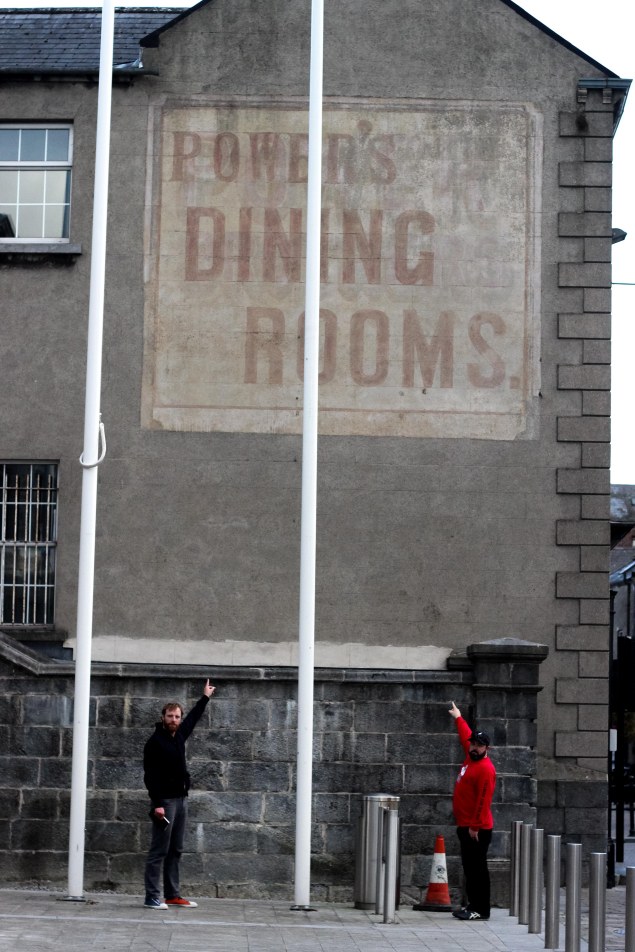 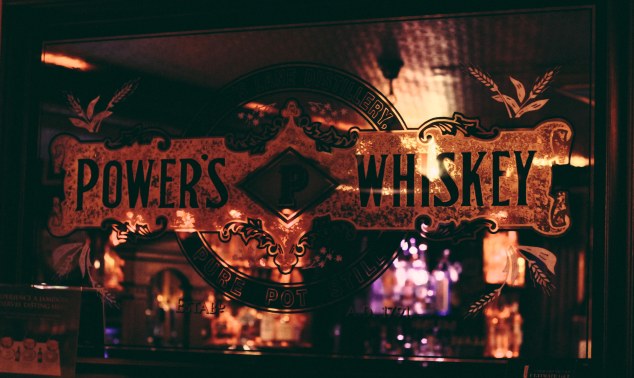 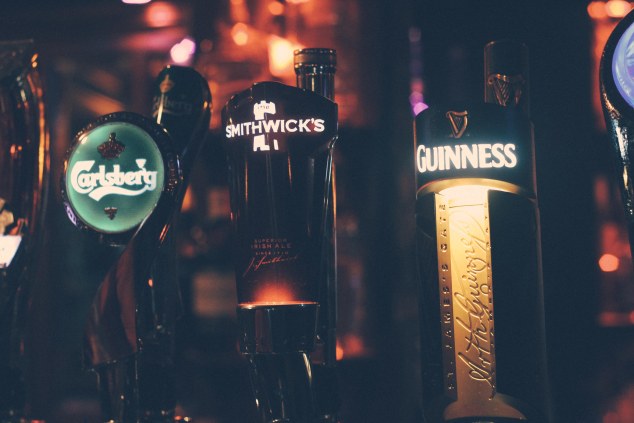 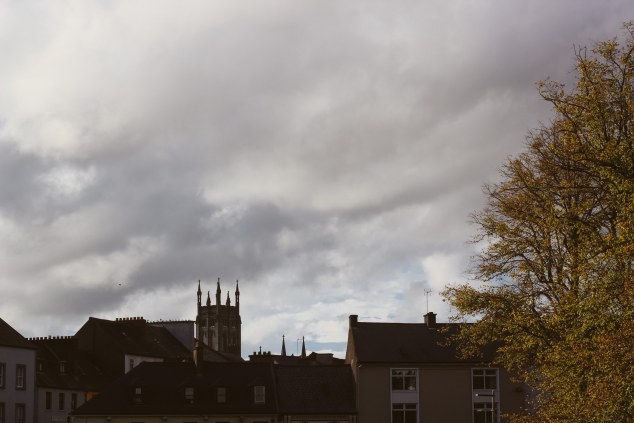 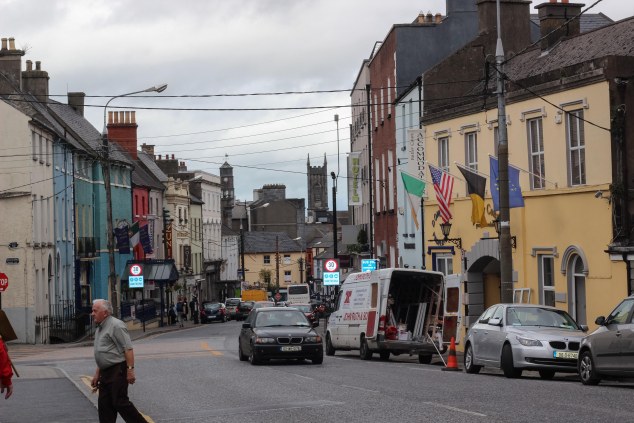