Sabroso had everything that I love about beer events: great food, fantastic beer selection, some hints of violence and drama, and probably some of the best music I have ever heard at a beer festival. I knew Sabroso was going to be a lot of fun, and this year they didn’t disappoint.

I was again a taco judge this year and got to taste 16 different tacos and judge them based on taste, texture, originality, and visual appeal. I took a picture of each taco and will try and do my best to describe what I thought of each. I honestly don’t know who did most of these tacos because we didn’t look at the name of the restaurant for most of them to rule out any possible bias that might be factored in.

The pancake taco shell was interesting, but hard to eat. It didn’t hold the ingredients together as well as I had hoped. The flavors were really great, but overall it wasn’t my favorite. I think the orange part of the taco was pickled ginger and I kinda hate ginger. Not the taco’s fault.

This taco was simple and beautiful, and it had good flavor. The meat had good texture and the onions and cheese were a nice touch, but I kinda was missing a little more liquid because the cheese helped make it kinda dry.

This taco had good flavor, good texture and balance of flavor. It wasn’t the most visually appealing of the bunch, but good none the less.

I liked this taco, but I think it had too much going on. It was a bit hard to eat, but had good flavors and the meat was cooked well and not dry. Overall, not a show stopper.

I liked this taco a lot. There was good sauce to meat ratio and it wasn’t dry at all. It was loaded with meat that had great flavor and not too much frills. Could maybe improve on the visual aspect, but good overall.

Come on, everyone knows who this taco belongs to. I know it’s the Iron Press taco, because they are the only ones doing waffle tacos. Regardless of knowing who this was, I tasted the taco with an open mind. I am sorry guys but I really didn’t like it. It was too dry and all I could taste was the kimchi and a lot of dough-y-ness from the waffle. I would recommend par cooking the waffle then flash frying it next time to keep a crunchy exterior to allow for the inside meat to really shine through.

I thought this taco was very inventive in it’s flavor combinations. They had various peppers and cucumbers and different sauces, and it made for a very good taco. The pork belly was also cooked perfectly.

This taco had lamb with a cream sauce, which is not normally something I want on a taco but somehow it worked. I am kinda in the middle of the road about it still. I liked the egregious amounts of cheese and fried things though…very compelling argument here.

This taco sounds good in theory but having a large amount of mole sauce on a taco, then having said mole sauce running down your face doesn’t make for a good visual. The duck was great on it’s own and the freshness of the cabbage was very needed to balance the mole sauce.

Can I just say, I freaking LOVED this taco. I love bao buns so goddamn much, and it takes a skilled hand to make the perfect stuffing inside the bun to not ruin the overall experience. This was perfect. The simple pulled lamb, pickled red onion, herbs and sauce let the ingredients shine and provided enough texture to win me over.

This taco was seriously wacky. It was like having a stew inside a taco. I wanted to hate it. I really did. Somehow, I couldn’t hate it because it was comfort food on steroids and even the green taco shell was griddled to perfection. What the holy hell you guys. 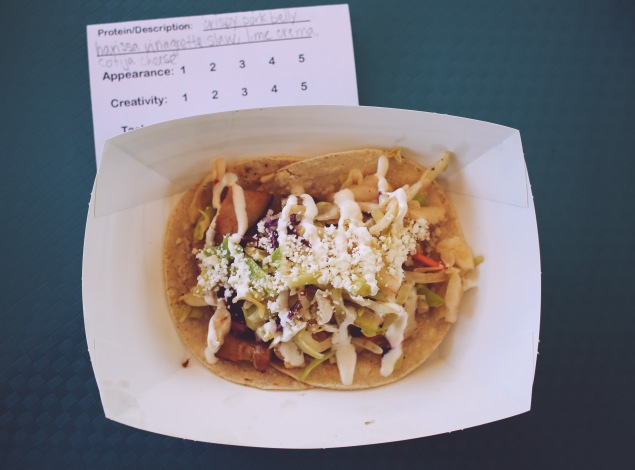 I think this taco was one of my least favorites because of the lack of acid and the really dry meat. Not a huge fan of it. 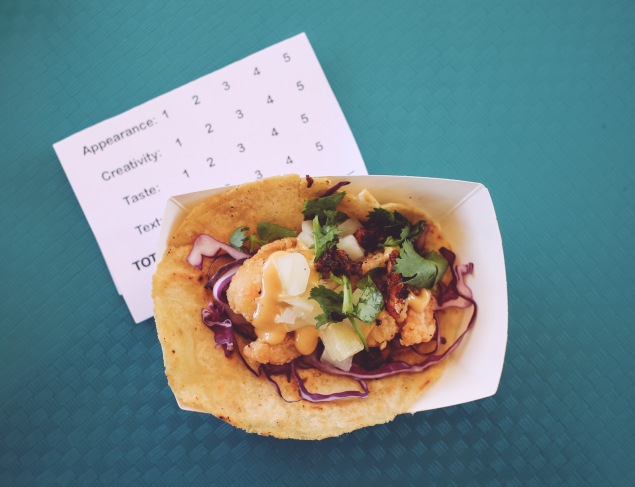 This taco was well done. The fried shrimps with the light herbs and cabbage was a nice change from everyone else’s pork dishes. The shrimp provided a nice crunch and chew, and the flavors were really nice. 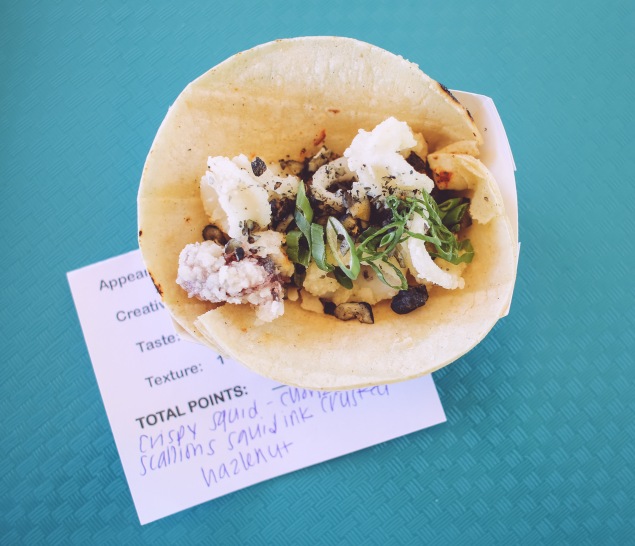 I will put pretty much anything in my mouth (hey-o!) but I was a bit apprehensive of this taco. I swallowed my anxiety and dived in mouth first (zing!). It was a veritable fireworks display happening with the crispy squid and fire roasted hazelnuts and sea salt and scallions booming and popping around my tongue. Hot damn that was a good taco. 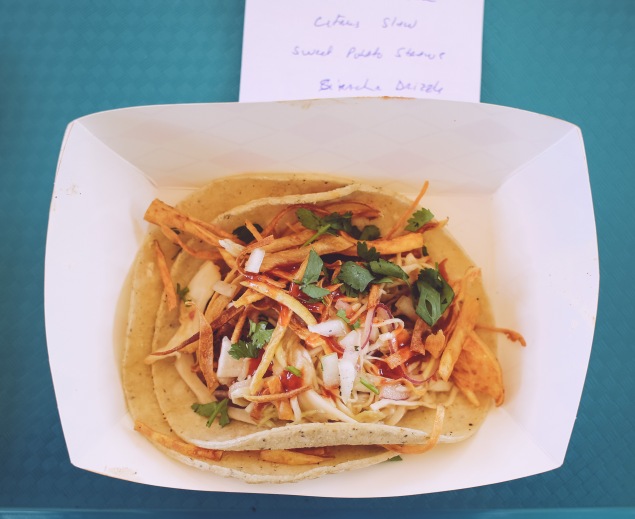 This taco had promise, but I wasn’t a fan of the potato shavings on top. I think perhaps because it was sweet potato or yams? Not a fan of those. It had good flavors though. Kinda in the middle about it. 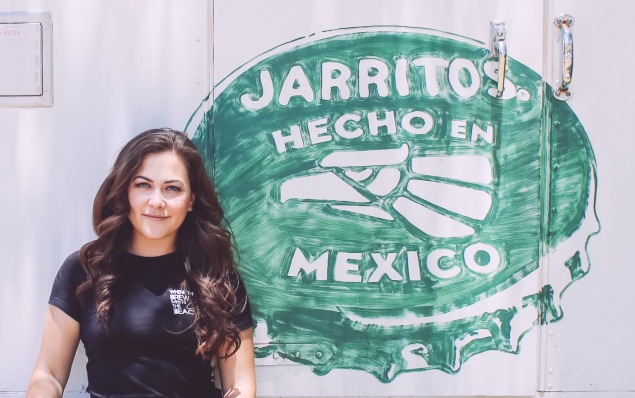 Now that all of the tacos are out of the way, I can talk about the rest of the festival! The beer was great. I loved seeing a giant line at Bottle Logic’s booth and again I curse my never-ending fangirl-dom for giving them such popularity. It’s all my fault. It can’t be because their beers are fantastic at all. The cucumber/melon beer they had on tap was light and everything I wanted in the hot sun. I loved the beers that The Good Beer Company brought too. I could drink those sours all freaking day. It also helped a girl out after eating 16 tacos. Ok, fine…I had bites of 16 tacos and not 16 tacos in it’s entirety but it felt like I had eaten all those tacos. I felt light a floating pinata balloon of tacoy goodness ready to blow.

The Mexican Wrestling was amped-up this year because Bottle Logic and Noble Ale Works had an IG war going on that helped pump-up the hype about an impending wrestling match between wrestlers representing both breweries. In the end, I think it was a tie, but it was sure fun to watch. 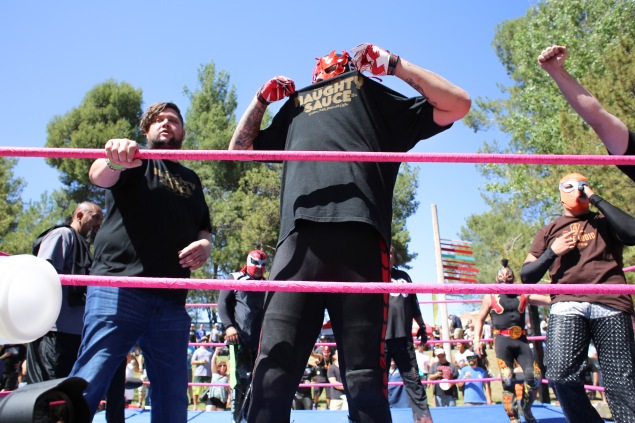 Overall, it was a super fun event. I need to find out who the DJ was for the first half of the event because I have never heard someone who had such amazing picks of music. It was like he raided my playlist! Everyone commented about it. 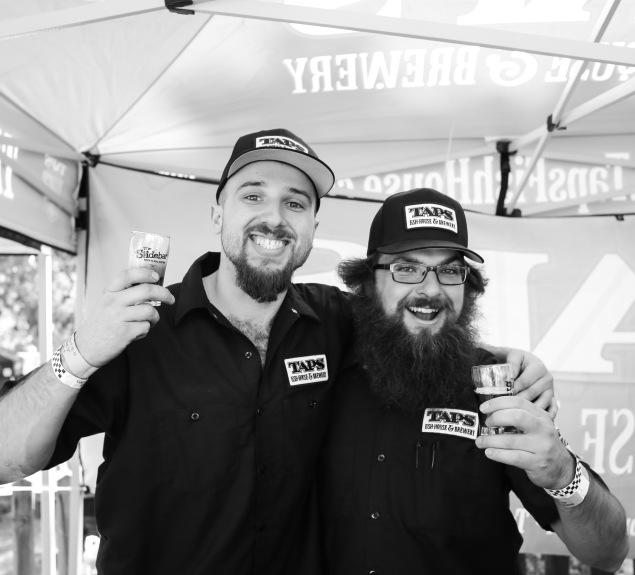 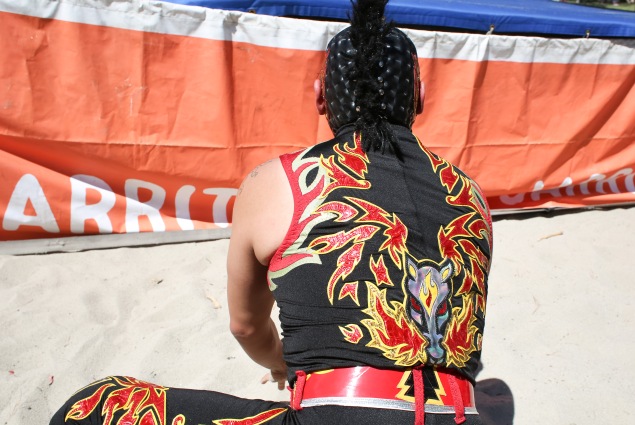 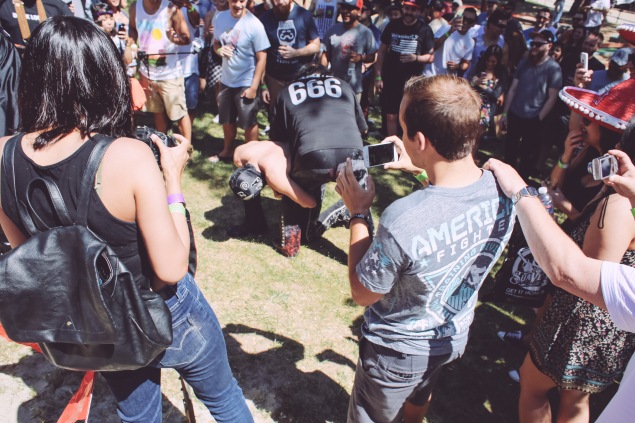 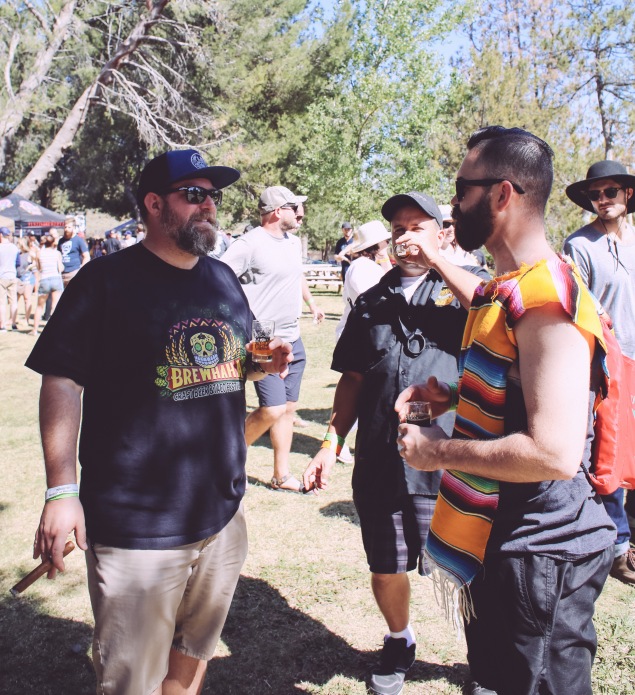 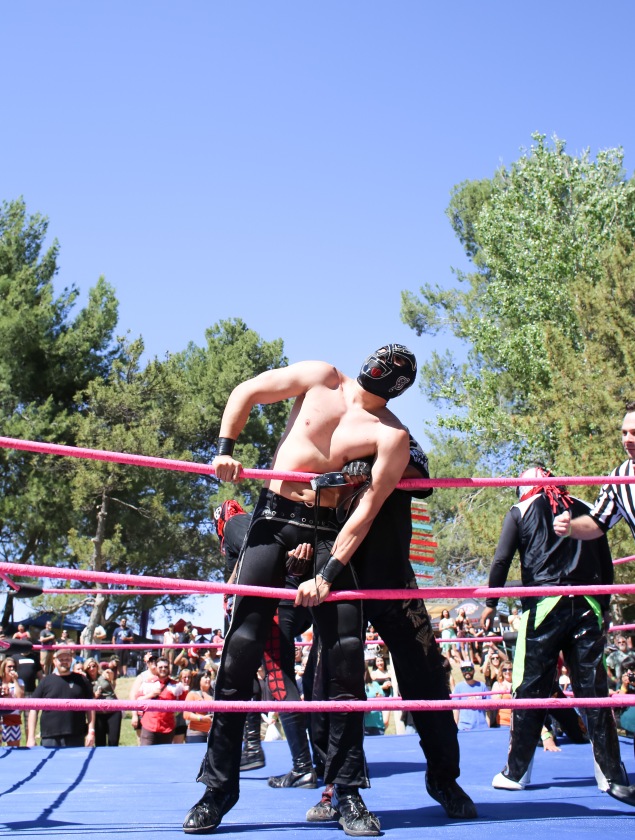 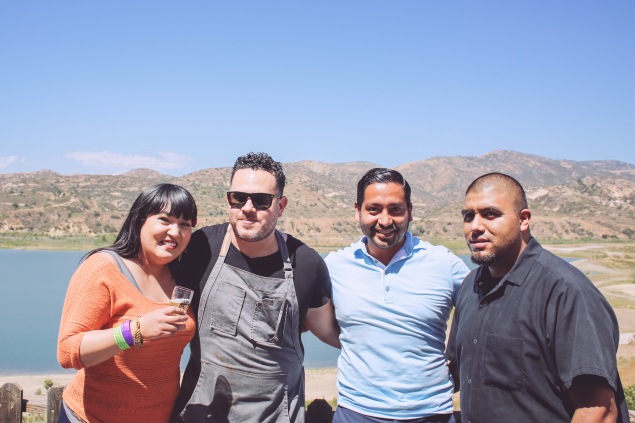 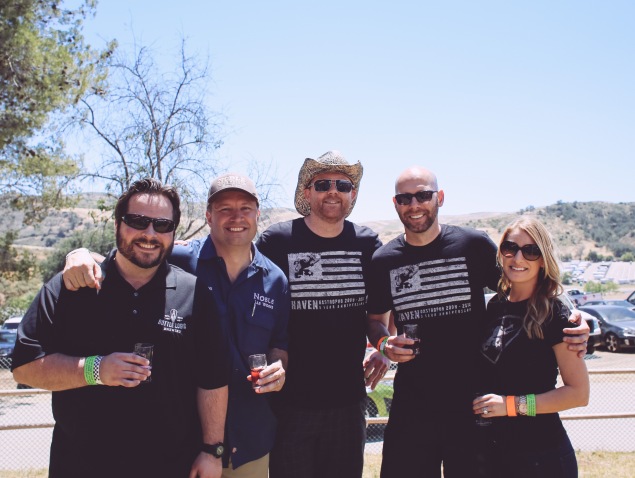