This is my third consecutive year as one of the prestigious taco judges for Sabroso, and this was by far the most adventurous yet. I almost missed the simplicity of the ghosts of tacos past, specifically the Haven asparagus taco, but this year’s line-up of offerings was far from disappointing. We judged blind and most of the time we had no idea who made what tacos, so I am still not really sure who each taco belongs to! Yay – no bias!

Taco 1: Soy marinated flank steak taco with pickled veggies and purple corn tortilla. This taco was good, I liked the pickled veggies, and the meat was flavorful. I wished it had a bit more sauce, but overall very tasty.

Taco 2: Breakfast taco with chorizo fried rice, carne asada, cream and a fried egg. This taco was messy, and perhaps perfect if I could eat it in a burrito, but it was somewhat off-putting in taco form. The runny yolk really took over the flavor, but I seriously applaud the ballsyness of this taco. It was the most shocking to see with the fried egg, so I have to give it some props for creativity and ridiculousness. 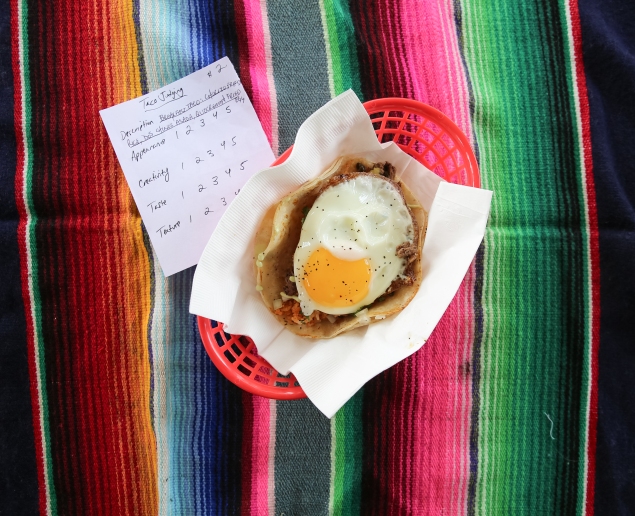 Taco 3: Falafel, pickled red cabbage, house pickled jalapenos, cilantro garlic sauce, avocado. Straight-up I LOVED this taco for several reasons: 1. it was really crunchy and for me texture is super important, especially in relation to satisfaction; 2. the richness of the avocado was expertly cut by the pickled jalapenos and the flavors had a nice level of citrus to keep everything bright while being distinct; 3. it was mostly simple being it only had 4-5 main components and you could taste everything. I had to hold back from eating this whole taco being it was only the third out of like 16. I had to keep it together. 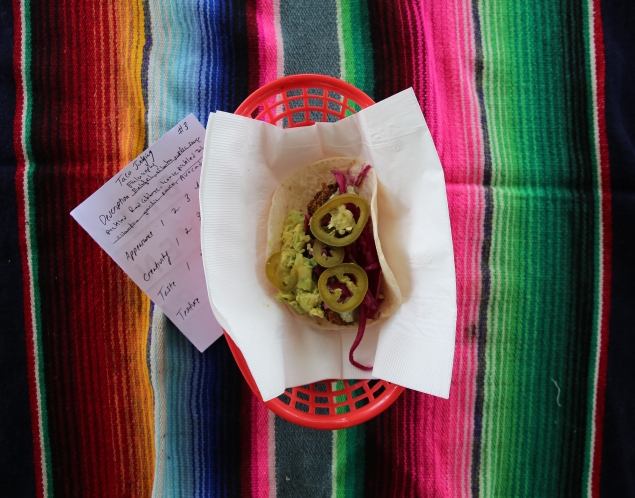 Taco 4: Beef tongue pastrami taco with pickled ramps, rye toast, queso fundido, cabbage, and spicy island dressing. This taco was beautiful but it really didn’t do it for me. It was hard to bite through because the pickled ramps were stringy and as much as I love melted cheese, this melted cheese was so unpleasing. The beef tongue was a creative taco ingredient to see, and it was tasty, and I also liked the crunchy rye crisp. This one was middle of the road for me.

Taco 5: Flour tortilla, 12-hour braised short rib, arugula, horse radish creme, buttermilk fried onions. This taco was good overall because it had texture, a bunch of greens, and tender meat. It just wasn’t the most exciting because it was lacking spice or punches of citrus, but I would certainly eat this again.

Taco 6: Citrus braised barbacoa pork, avocado creame, cilantro slaw, with cotija cheese. I liked this taco, but something about the cotija cheese really didn’t mesh with the rest of the ingredients. I think my aversion to cotija cheese might have clouded my judgement but It felt off the mark for me.

Taco 7: Pork belly taco, bao bun, pickled radish and cucumber. I am a sucker for a good bao bun, I just love them so much. The pork belly was perfectly rendered, but the skin was almost too crispy – I almost felt like I would break a tooth! It had great flavor and despite the insane crunch was delicious.

Taco 8: Lime fried plantain & artichoke, roasted corn, cotija cheese, salsa, garlic mojo sauce, cilantro and radish. This taco was delicious, and vegetarian! I was loving the corn in this taco, it gave it such a nice crunch. The fried bit was also quite flavorful, and I didn’t mind the cotija cheese as much in this taco. It had a high score from me and one big bonus – it didn’t taste vegetarian. I didn’t miss the meat at all!

Taco 9: Cajun shrimp taco, cabbage coleslaw and creole aioli. In all honesty, this taco was lacking for me. I wished it had more life, more creativity. It wasn’t spicy, or citrusy, but the shrimp was nicely cooked. It didn’t stand-out in the crowd for me. 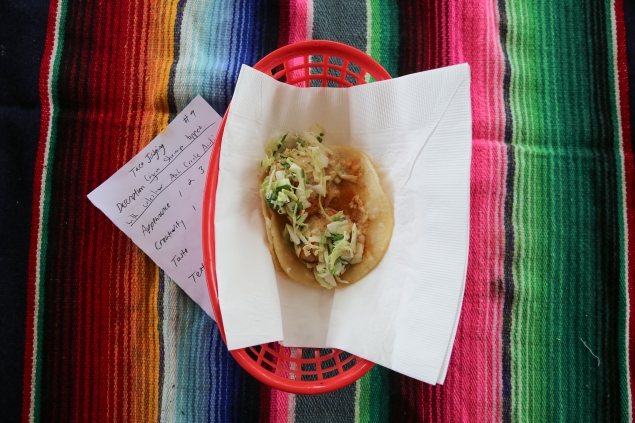 Taco 10: Barbacoa short rib taco, onion, cilantro, salsa verde. The taco was also most likely dipped in the meat drippings which made the tortilla really soft and flavorfull – but also messy! The meat had tons of flavor, and was moist, but the overall taco was soft in texture and therefore I couldn’t escape the oneness of this taco. I was left wishing for something crunchy or hot to wake-up my mouth! It was still a pretty decent taco.

Taco 11: Pork belly, asian slaw, bahn mi sauce. This taco was underwhelming, it was really missing a sauce or the sauce was too thin. The pops from the sesame seeds were a welcomed addition, but overall this taco was missing something.

Taco 12: Pork taco, quesco fresco, nopales, salsa, fresh avocado, radish. This taco was hard to eat, and seemed to had too many ingredients in it. Not my favorite, but had a good idea but needed some fine tuning. Maybe if the nopales was finely chopped so it was easier to eat?

Taco 13: Braised goat taco, pineapple, manteca , cucumber pico de gallo, black mole. I think this taco would’ve been better on a plate, with a side of rice! It had good ingredients with some good flavors, but it got muddled in the taco, and was overall too wet without texture to rank high on my list. The goat was really nice on it’s own. 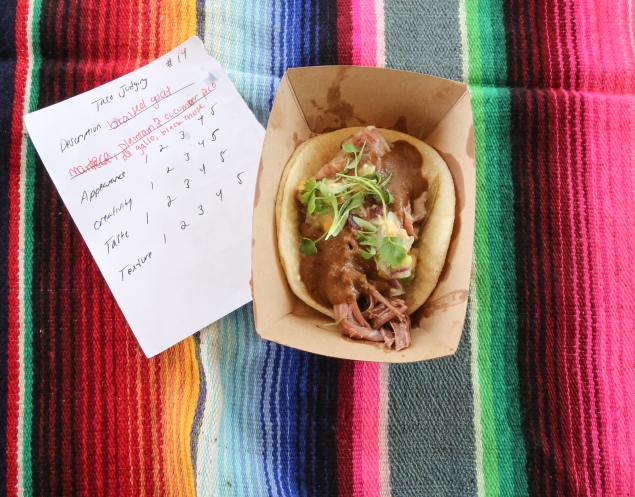 Taco 14: Pork & plantain taco which appeared to have some type of crema sauce and cotija cheese. The tortilla seemed kinda strange, but overall the taco was too sweet for me to rate highly. It overall had one soft texture and wasn’t my favorite. Taco 15: Cinnamon carnitas taco, mango salsa, lime, pickled red onion, jalapenos. This was so close to being great! The meat had great flavor, the salsa punched you in the face, and the addition of cinnamon was a nice touch. I rated this one pretty high.

Taco 16: Last one! Three sausage mix taco, smoked tomatillo salsa, avocado smash, garlic cream, cotija cheese, cilantro. More cotija cheese!! I need to get over my distaste for it, but dang man. It’s everywhere! The sausage was interesting but not my favorite taco, it might be due to palate fatigue but it seemed a bit on the bland side.

Overall I had a great time at Sabroso. The taco judging took longer than expected and as a result I missed the wrestling – but my buddy John Holzer captured some really sick pictures of the action. I got to meet some new OC media people during judging like OC Food Diva so that was pretty cool. 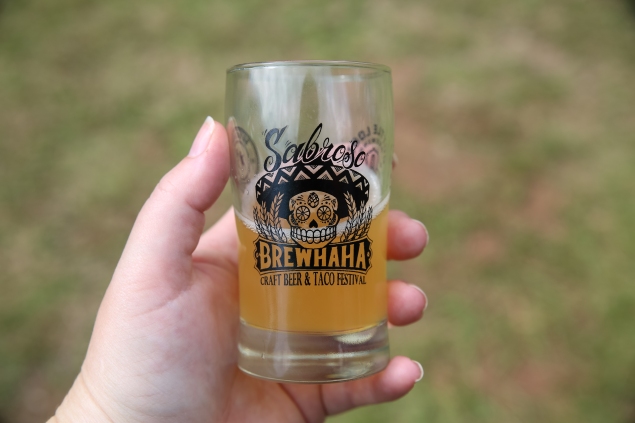 It was nice to see new friend like Unsung at the event, of which I was recently introduced to. I got to see a sneak peek of their tasting room design – it’s really nice and clean. Perfect for across the street from the packinghouse in Anaheim. Every person I talked to at the event said I need to try their beer, so that’s always a good sign. I remember loving the margarita beer from Newport Beach Brew Co. a ton, plus it was great to see the brewer Derek again. I hope to see everyone again next year! 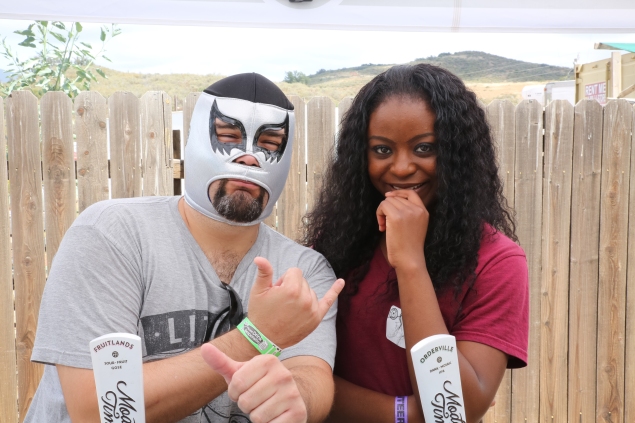 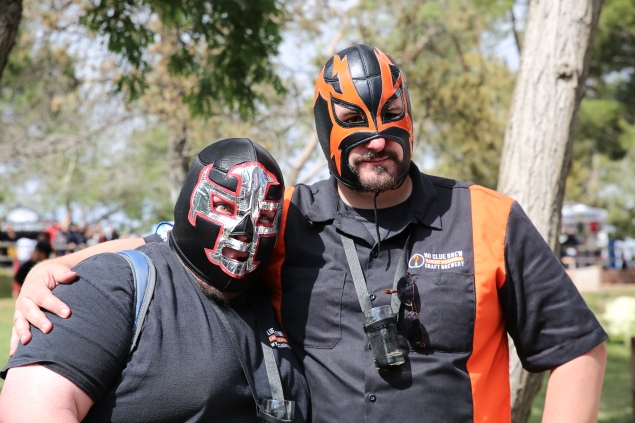 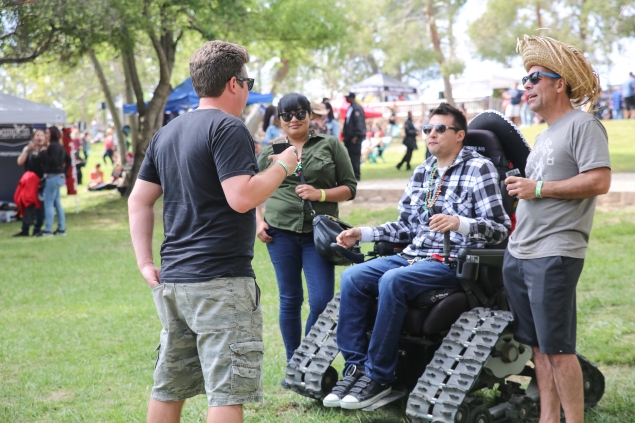